The State Department announced negotiations on the export of Russian diplomats 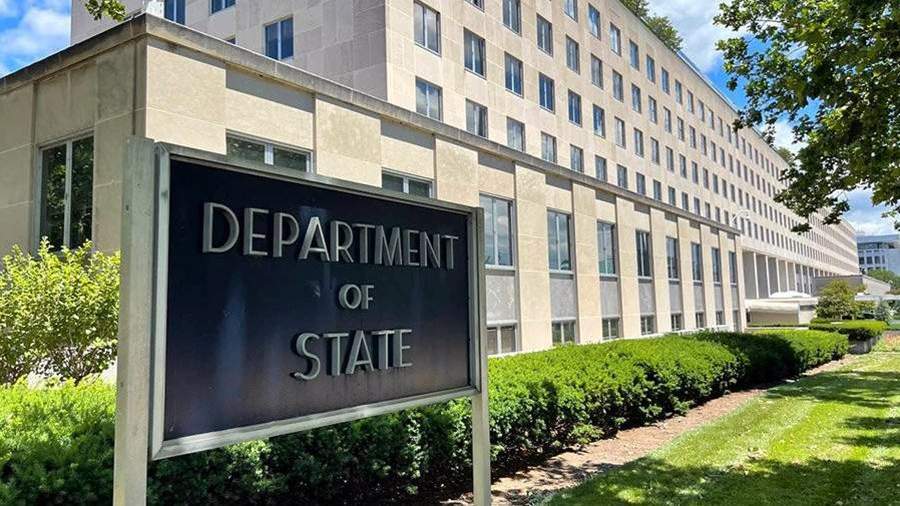 The situation with the removal of Russian diplomats from the United States continues to be discussed during diplomatic consultations with the Russian Federation. This was announced on Wednesday, June 22, by the head of the press service of the State Department, Ned Price.

“This is the subject of ongoing diplomatic discussions,” he stressed during a telephone briefing.

Price also said that the United States is interested in maintaining contacts with the Russian Federation and is in favor of continuing the work of embassies in Moscow and Washington.

“We believe that this line of communication and this dialogue is especially important in times of tension, and vital in times of conflict and even crises like the one we have today,” he explained.

Earlier in the day, Russian Foreign Ministry spokeswoman Maria Zakharova said the US administration had not allowed a special flight to evacuate Russian diplomats, who had been ordered by the State Department to leave the country before the end of June.

She noted that the incident will not go unnoticed by Moscow and will entail consequences, including asymmetrical ones.

Earlier, on March 1, the American side banned Russian aircraft from entering its airspace. An exception was made for carriers that take part in humanitarian operations approved by the country’s aviation authorities, as well as for aircraft flying for diplomatic purposes.

On June 7, Russian Ambassador to the United States Anatoly Antonov said that the Russian-American dialogue is at an unprecedented low level. He also added that at the moment the interaction of the countries is reduced to the discussion of “technical problems”.

A day earlier, US Ambassador to Russia John Sullivan, in a conversation with TASS, ruled out a complete break in relations between the Russian Federation and the United States. On the contrary, the diplomat emphasized the need to maintain contact.

At the same time, according to him, the possibility of closing the embassies of the United States of America in Moscow and Russia in Washington really exists. At the same time, he noted that the reason for the closure of embassies could be the danger to their employees.

Prior to that, on June 2, Russian presidential spokesman Dmitry Peskov said that there were virtually no contacts between the Kremlin and the White House. At the same time, on May 20, an official representative of the State Department stated that the department does not see the prerequisites for high-level negotiations with Russia on the situation around Ukraine.

Communication between countries at the highest level actually ceased after the start of Russia’s special military operation to protect Donbass.