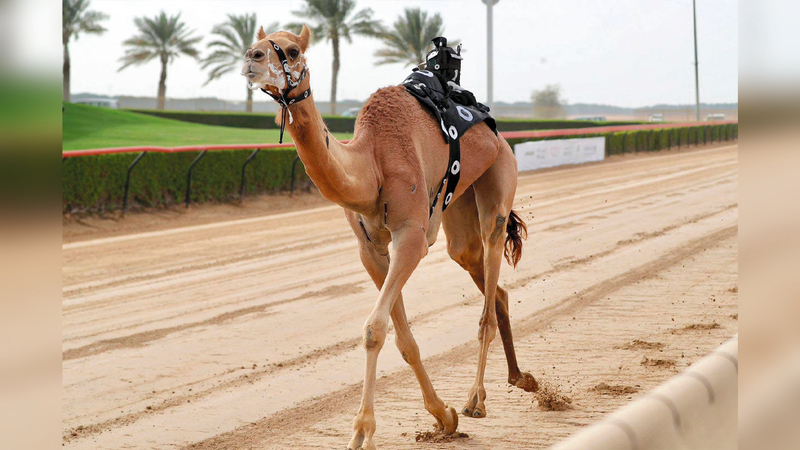 The Storm Camel and the Presidency Camel starred in the opening of the competitions of the challenges of the great slogans of the Al-Lakaya competitions for the camel of Their Highnesses, within the Dubai Crown Prince Camel Festival 2023, in the presence of Sheikh Maktoum bin Hamdan bin Rashid Al Maktoum, owner of the Zabeel Camel Foundation, and Sheikh Dr. Mansour bin Tahnoun bin Mohammed Al Nahyan, owner of the Al-Dhabi Camel Foundation, at the purebred Arabian camel track in Al-Marmoum, which was held over 16 rounds for a distance of five kilometers.

Al-Shahaniya camel recorded its strong appearance in the third half allocated to Al-Lakaya Al-Bakkar, as Jarallah Muhammad Al-Marri led Al-Wathba to the fore. As for the fourth half of Al-Qayat Al-Jadan, it went to Zabeel camel through Shaheen, who led him to the summit, Rashid Muhammad Murooshid.

The camel institutions of Their Highnesses the Sheikhs launched their participation in the festival through 16 rounds of the morning meeting, which were held in Al Marmoom Square for a distance of five kilometers.

On the other hand, Muhammad Ateeq bin Zaytoun shone through the third round of the al-Bakkar remnants, through which he presented “Al-Shahiniya” at the forefront, and the title of the fourth round of the Ja’dan remnants went to the slogan of the camel of the presidency and the implicit Muhammad bin Zaytoun via “Shaheen”. As for the best timing in the morning runs It was the share of “Shaheen” for the presidency, led by Muhammad Zaytoun Al Muhairi, who decided the battle of Al-Lakaya Al-Jaadan in the 13th round.

On the other hand, the slogans of Their Highnesses the Sheikhs are recording their second appearance today at the Dubai Crown Prince Camel Festival 2023, through their participation in the broadcast age challenges that will be held through 29 rounds, including 16 in the morning and 13 in the evening.

• The broadcast age challenges are being held today through 29 rounds, 16 in the morning and 13 in the evening.