The strangest “goal” that you can see in your life .. A situation that astonished the audience (video) 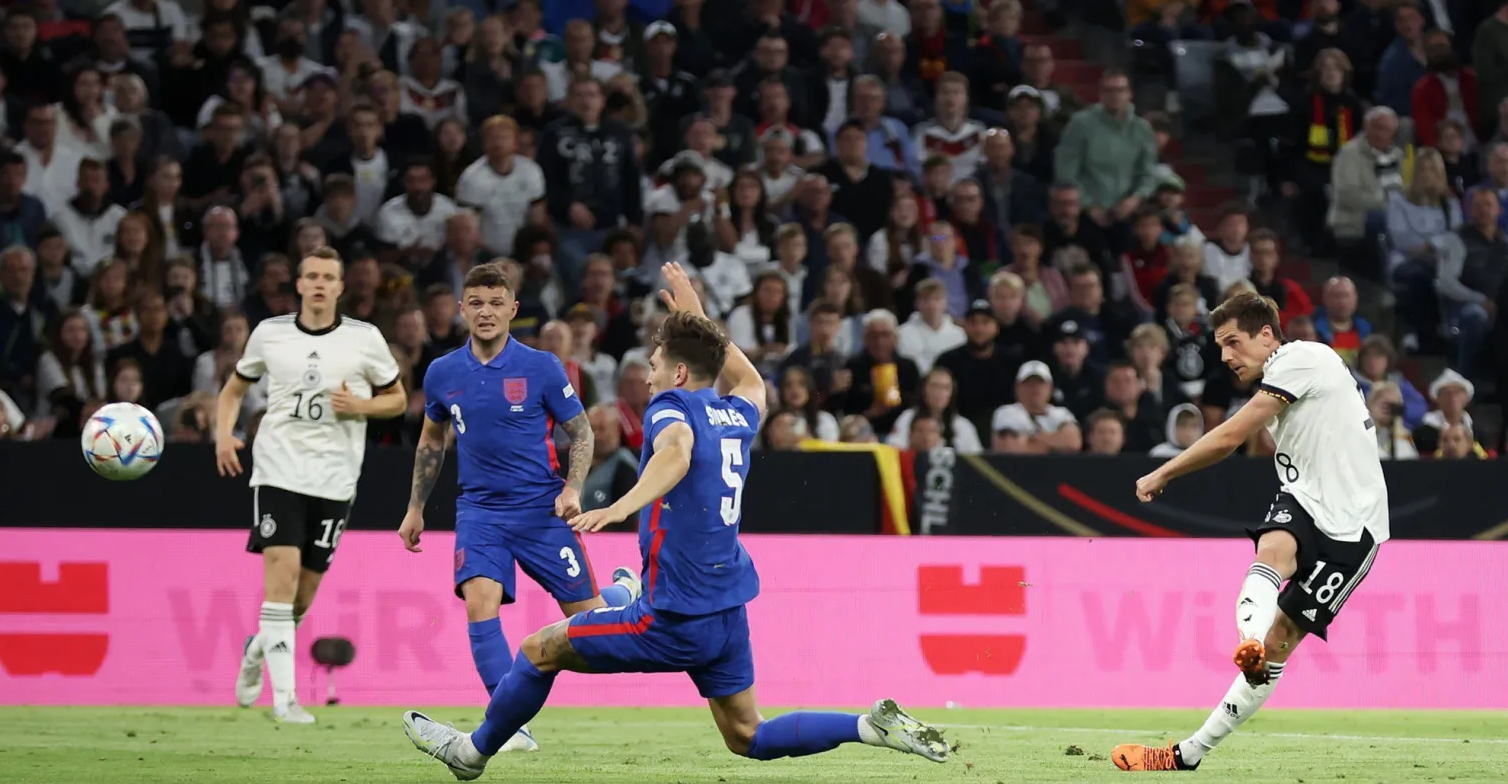 The match between Germany and England in the European Nations League witnessed a rare situation and a special goal scored by one of the fans present in the match that was held at the Allianz Arena, in a situation that astonished the audience present for the match, and it was through a kite.

During the funny video of the incident, an English fan made a small kite, then simply threw it towards the stadium, and the plane kept flying in its direction to the center of the stadium and then changed direction until it reached the goal line and entered the net of the German team, and the shot received a great interaction by The English fans witnessed the situation, without revealing whether this situation was a coincidence or a skill from the English fan.

The German national team had faced its guest England, and the match ended in a 1-1 draw.