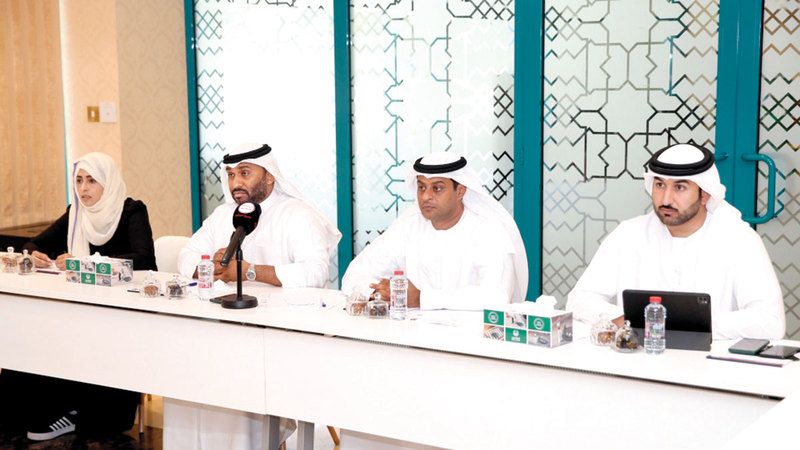 The Athletics Association revealed during a press conference yesterday, in the presence of representatives of the member clubs in the General Assembly, and representatives of the media, the program of competitions for the current season 2021-2022, and the arrangements for the closing ceremony of the season, which will be next May, and 23 awards will be allocated to the best players and players , as well as coaches, clubs and administrators, in addition to the General Shield of the Federation.

The conference, which was hosted by the Dubai Police Officers Club, was attended by Fahd Abdullah bin Juma, Vice President of the Federation and Vice Chairman of the Competitions Committee, Secretary General Nasser bin Ashour, and a number of officials.

Bin Jumaa said that the season, which was officially launched on October 15, includes 12 official championships in various competitions and for their categories of juniors, youth, men and women, saying that the season will conclude on May 7 with the establishment of the Elite Championship. For his part, Ben Achour said that the Federation decided to hold the President’s Cup for Cross Country Crossing, on December 10, after which the track and field championships will be held, dedicated to running, walking and jumping competitions.