IndiaThe struggle that reached its 100th day in Delhi; Thousands of...
India

The struggle that reached its 100th day in Delhi; Thousands of farmers involved in highway blockade: traffic jam 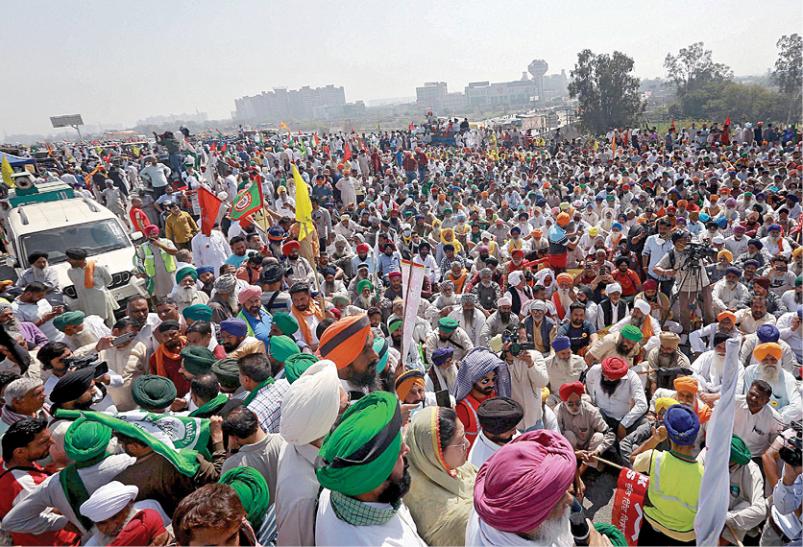 In the border areas of Delhi against the new agricultural laws Farmers Are struggling. Several rounds of talks with the federal government ended in failure. in this situation, Farmers The struggle reached its 100th day yesterday

As a sign of this, thousands on the West Peripheral Highway in Delhi Farmers Engaged in a picket fight yesterday. In support of the struggling farmers already camped in Delhi, as well as from the states of Punjab and Haryana Farmers Participated in the Stir struggle.

The protest, which lasted from 11 a.m. to 3 p.m., severely affected traffic on the 135-kilometer-long highway. The public was in great trouble.

Earlier, Bhartiya Kisan Union spokesperson Rakesh Dikait told reporters, “The picket is a sign of the intensity of the struggle against the new agricultural laws. Our struggle will continue until the complete abolition of agricultural laws that degrade the livelihoods of farmers. No matter how many days pass, we have no worries about it. We will not leave Delhi until the Central Government withdraws the agricultural laws. ”

Former Congress leader Rahul Gandhi took to Twitter yesterday to criticize the farmers’ struggle, saying, “The federal government is honoring the fathers (soldiers) of soldiers fighting on the border by nailing them on the roads.”

Previous articleNebula with bed injury .. Husband services to Mega Daughter .. What happened so far?
Next articleFees may be increased for a few schools in Qatar; The academic year is from 24th August