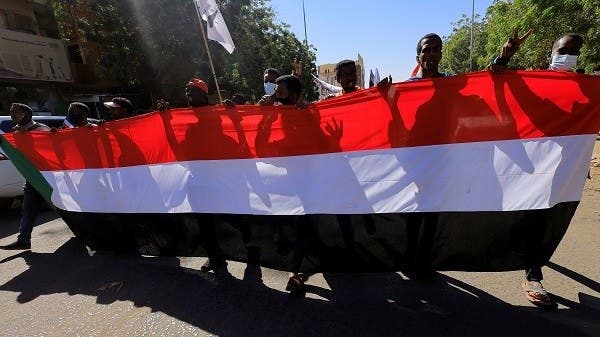 In a statement to Al-Arabiya, on Saturday, he called on all Sudanese parties to positively deal with the UN initiative.

He also made it clear that there is no choice but a comprehensive dialogue that leads to a democratic transformation.

This came after the Sudan News Agency quoted Idris as welcoming the UN initiative represented in the adoption by the United Nations of an official dialogue between the various Sudanese components and international partners to reach an agreement to end the current crisis.

“We hope that the initiative will make a real breakthrough towards resolving the current Sudanese political crisis,” he added.

Forces of Freedom and Change: We have not officially received the initiative of the UN mission

On the other hand, the Executive Office of the Forces for Freedom and Change said that it had not received any details about the initiative of the United Nations Mission in Sudan.

He explained in a statement that he would study it as soon as it arrived officially to announce its position to the public, stressing at the same time his positive interaction with any international effort that helps achieve the goals of the Sudanese and oppose what he described as the coup and the establishment of a civil and democratic state.

He also announced that he would not back down from his declared position to continue peaceful mass action to establish a full civil authority to lead the transition.

Dialogue between the Sudanese

For its part, the United Nations announced today, Saturday, that it will hold talks in Sudan aimed at saving the fragile democratic transition in the country.

Volker Perthes, the UN envoy to Sudan, said in a statement that the UN-brokered political process will seek a sustainable path towards democracy and peace in the country. It was not immediately clear when discussions might begin.

He also added, “It is time to end the violence and enter into a constructive process. This process will be inclusive,” noting that key players in Sudan, including the military, political parties and protest movements, will be invited to participate in the process as well as civil society and women’s groups.

The Secretary-General of the United Nations, Antonio Guterres, called earlier yesterday for dialogue between the Sudanese, stressing the commitment of the international organization to support the transitional period until the elections. He also stressed the need to expedite the formation of a civilian government.

From the Khartoum demonstrations – Reuters

It is noteworthy that since the resignation of Prime Minister Abdalla Hamdok on January 3, international calls continue to expedite the formation of a civilian government as soon as possible, paving the way for elections to be held in the country, as stipulated in the constitutional document of 2019.

The protests also continue, rejecting the agreement signed by Hamdok with the Commander of the Armed Forces, Abdel Fattah Al-Burhan, on last November 21 (2021), thus proving the partnership with the military component in running the country temporarily until the elections next year.

Since last October 25, the day the army imposed exceptional measures and dissolved the previous government headed by Hamdok himself, it has led to the deaths of nearly 60 protesters, according to what was announced by the Sudanese Doctors Committee, a civilian committee that contributed extensively to the civil movement that began in December before Years for the removal of former regime President Omar al-Bashir.

Until this moment, a segment of the civilian committees in the country, especially in Khartoum, still refuses to involve the military component in the government, and its calls are to adhere to the demonstrations, despite the proof more than once that the armed forces will not play any role in governance after the elections.