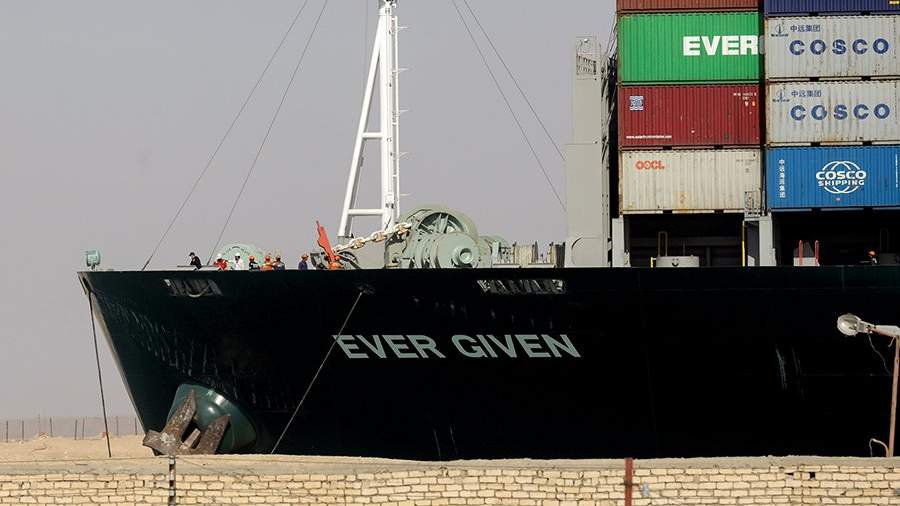 The Suez Canal authorities have reached an agreement with the company, which owns the container ship Ever Given, stuck in a waterway in March, that it will pay $ 540 million in damages. This was announced on Wednesday, June 30, by the Al Arabiya TV channel, citing sources.

According to the source, “an agreement in principle was signed,” including, in particular, the refusal of the parties from any complaints.

It is noted that the agreement was signed after the leadership of the Suez Canal reduced the amount of the claim against the company from $ 916 to $ 540 million.

On March 23, the Panama-flagged container ship Ever Given ran aground in the south of the Suez Canal. He blocked the movement of all ships. There were over 20 thousand heavy containers on board. They were transported from China to Rotterdam.

On March 29, the container ship was driven aground. On the same day in May, the head of the administration of the Suez Canal, Osama Rabia, indirectly blamed the incident on Captain Ever Given. On April 6, traffic on the Suez Canal was restored.

The next day, Rabia reported that human error was the cause of the incident with the container ship Ever Given. He stressed that such a conclusion allows him to make the analysis of the received data carried out by the administration of the channel.

On April 12, it became known that the economic court of the Egyptian city of Ismailiyya ruled to confiscate the container ship Ever Given until its owner pays $ 900 million (almost 70 billion rubles) in compensation for blocking the Suez Canal.

Two days later, the Singaporean company Bernhard Schulte Shipmanagement (BSM), which is the technical operator of the vessel, announced that the technical condition of the container ship allows it to resume movement, but this requires the consent of the canal administration, which has already begun the procedure for arresting the vessel.

In May, it became known that the administration of the Suez Canal announced the start of work to widen and deepen the channel of the transport artery connecting the Mediterranean and the Red Seas, Gazeta.ru writes.