The Supreme Court has suspended the treason law section 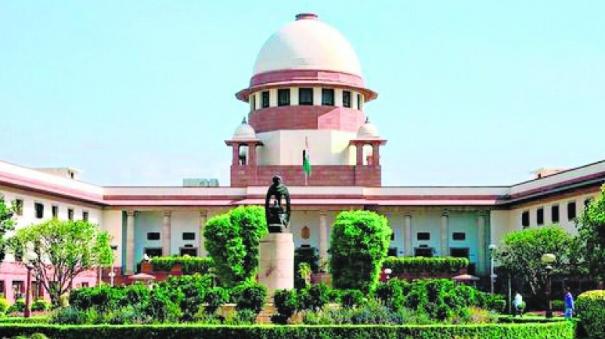 New Delhi: The Supreme Court has ordered the suspension of Section 124A of the Sedition Act.

The sedition law was introduced by the British government to suppress the freedom fighters under British rule. Many parties are calling for the law to be repealed.

A case has been filed in the Supreme Court on behalf of the Editors ‘Guild, also known as the Editors’ Guild. The case was heard by a three-judge bench headed by Chief Justice NV Ramana.

In a reply petition filed on behalf of the Central Government during the hearing on Tuesday, it said, ‘The Central Government seeks to review and reconsider the provisions of Section 124-A of the Sedition Act. The federal government is asking that the Supreme Court wait for a decision on related cases. The federal government is asking the Supreme Court to give it time to review and reconsider its legal provisions.

Under these circumstances the case came up for hearing again on Wednesday (today). At the time, the judges said the federal government had accepted the Supreme Court’s position that Section 124A was not appropriate for the current situation, and ordered the suspension of Section 124A of the Sedition Act. The judges advised that no case should be registered under that section until the federal government decides on the anti-treason law and in the meantime they can go to court if anyone is prosecuted under that section.