The Taliban is preparing again: We will open schools and universities for girls next year 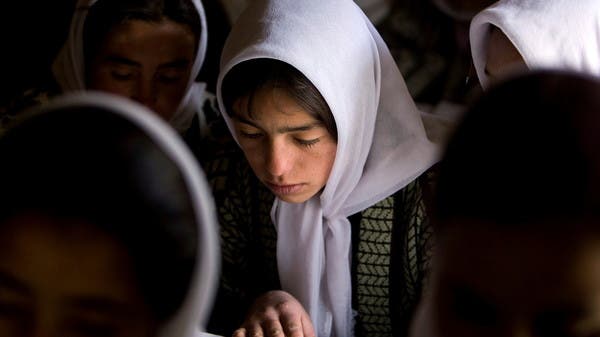 Months have passed since the students of Afghanistan stayed at home, away from the classroom. Despite the previous and repeated promises made by the Taliban since they took control of the country last August (2021), nothing has changed. Thousands of girls in the country are still deprived of education.

But the movement’s spokesman, Zabihullah Mujahid, announced yesterday, Thursday, during a meeting with a number of residents of western Kabul, according to what was reported by local media, that girls’ schools and universities will open next year.

He also stressed that the movement’s standards and instructions will be imposed on that return, without going into detail on that point. However, many Afghans who lived through the movement’s rule during the nineties are aware of what these strict teachings are.

In the previous periods of its rule, the Taliban imposed strict provisions on women, preventing women from working, and even completely absent from the public scene in the country.

Afghan women were rarely seen in the streets without an escort, and they were also prevented from traveling alone, or from attending universities.

From a school in Afghanistan (Archive – Reuters)

No women in soap operas

It is noteworthy that the movement announced last September (2021) to open schools for male students and teachers, excluding females, and promised to return them soon. However, months passed without achieving this promise despite repeated international calls to preserve the rights of women in the country.

It also made several decisions that raised fears of a return to its “old habit” and its strict provisions, especially after it banned in some regions the broadcast of music, and recently issued a decision to prevent women from appearing in soap operas and works of art, as well as abolishing the Ministry of Women’s Affairs and Protection.