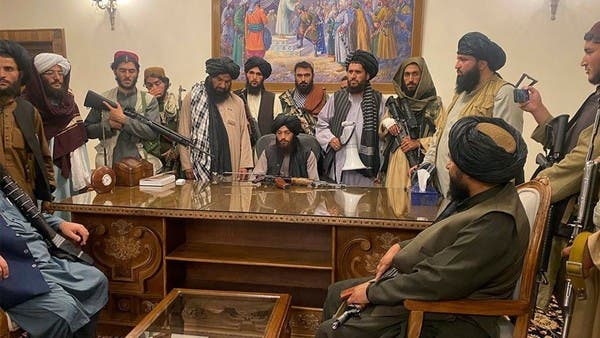 Even as the Taliban appeals to the world to release humanitarian funds and open frozen bank accounts, Taliban officials are taking new measures to restrict women’s freedoms and dismantle democratic institutions in defiance of two top international concerns that have kept most foreign aid out of the country even in the cold winter season. “Washington Post”.

And last week, the powerful Ministry of Islamic Guidance issued new instructions requiring women to cover their heads completely if they ride in a public taxi and to be accompanied by a male relative if they travel more than 45 miles. The instructions also require taxi drivers to refuse to carry female passengers who do not comply and to stop playing music while driving because it is “un-Islamic”.

On the political front, Taliban spokesmen announced the closure of two national election monitoring committees and two government ministries. One ministry dealt with parliamentary issues while the second was set up in 2019 to promote peace during protracted and fruitless negotiations to end the 20-year conflict between rebels and Western-backed government forces.
The moves come in the wake of the closure of the National Independent Bar Association.

Analysts and rights groups believe that these moves indicate that the neo-conservative rulers are tightening and expanding their grip on Afghan society despite initial promises of leniency after taking power in mid-August.

“The Taliban are reverting to their repressive policies of the past, shattering the myth of a kinder Taliban,” said Michael Kugelman, deputy director of the Asia Program at the Wilson Center in Washington. “Even if their leaders now carry cell phones and laptops, they feel emboldened, and they are not about to change the ideology that defined them” when they seized power in Kabul from 1996 to 2001, he added.

Kugelman and others said the Taliban authorities do not appear to be too concerned about the looming humanitarian crisis that international aid agencies expect to sweep through the impoverished, drought-stricken country of 39 million people this winter.

Kugelman considers that the Taliban’s demands for the release of foreign funds are more a conflict of wills with the West than a sign of real urgency with regard to the collapsing economy and the worsening levels of hunger and cold that hit the country.