The team loses the performance and the result … and pays the price for the mistakes and the “imaginary striker”. 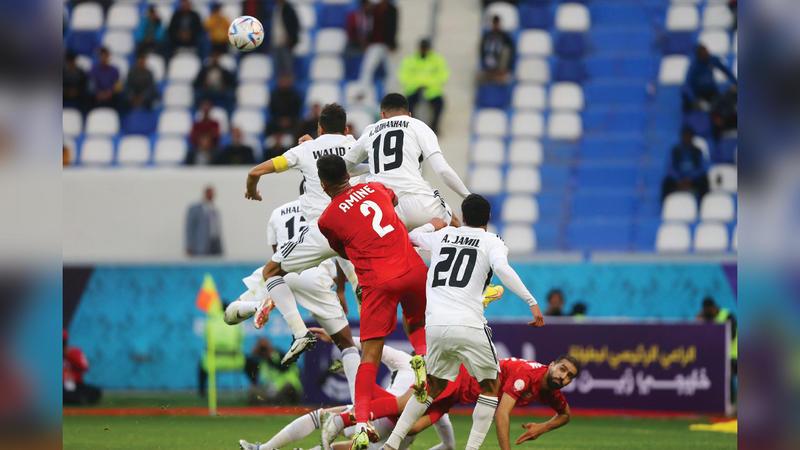 The national football team disappointed the fans by losing in the opening match of the Gulf Cup tournament, “Gulfs of Basra”, at the hands of its Bahraini counterpart, with two goals to one, in the match that brought together the two parties, yesterday, at Al-Mina Stadium in the Iraqi city of Basra, in a meeting in which “ Al-Abyad “priced individual mistakes, and the attempt to change the offensive approach by relying on the “imaginary striker”, to lose not only the result, but even the performance, which puts more pressure on the shoulders of Argentine coach Rodolfo Arubarina and the players before the second round against Kuwait, scheduled for tomorrow. which will serve as a crossroads.

During yesterday’s confrontation, Al-Abyad did not provide anything to intercede for him by obtaining the meeting points, or even sharing them with Al-Ahmar, although at the beginning of the match he was the best party in it, but it did not take long for his performance to decline clearly, and he What allowed the Bahraini side to impose its control over the meeting, especially since its players were freed from confusion, given that they started the match with great caution in anticipation of surprises in light of the ambiguity that surrounded the “white” after changing his skin.

The start of the team was good in the first minutes, and it launched some attacks on Bahrain’s goal, but it did not rise to the level of expected danger, before the picture turned and the players of “Al-Abyad” continued to chase the ball, while not investing it well when obtaining it compared to its competitor, whose threat was to the goalkeeper’s goal. Khaled Issa was very easy in light of the fatal defensive errors and the clear lack of harmony between the players in the back line.

The suffering of “Al-Abyad” did not stop on the defensive side, but rather the midfield was the weakest link, and the price of relying on the player Abdullah Ramadan to carry out the task of making the player alone without help is costly, as the coach chose to rely on two axes with tight defensive roles, which increased The difficulty of quick transformation, reversing attacks, and the facilitation of the task of the coach of the Bahraini national team to place his hand on the source of danger represented by Abdullah Ramadan.

The weakness of the midfield cast a shadow over the offensive side, which clearly lacked funding, and the “phantom striker” method with which the coach played the match proved unsuccessful, and the difficulty of abandoning the previous approach that the national team had with the international striker and scorer Ali Mabkhout, which took place. excluded from the final list.

And the payment of striker Cayo Canedo in the position of the striker came as a surprise, because two and a half years had passed since the last time the player participated in this job, specifically when he was a player in the ranks of Al Wasl, but since his move to Al Ain Club Canedo remained in the role of the left wing, but Arobarina He surprised everyone by pushing him into this position, but he made up for it late after conceding the net, as he changed his approach after the participation of Sebastian Tigali, who scored the goal to reduce the difference.

The national team entered into early calculations about qualification at a time when a victory or even a draw, at the very least, would have helped it to free itself from pressure, but the winds did not come as desired by the Argentine coach Rodolfo Aruabarina, who seemed confident before the start of the competition in his ability to compete for it.

• The team’s defensive suffering does not stop… and the midfield is the “weakest link”.

• Casting striker Caio Canedo into the striker role came as a surprise.

• Al-Abyad’s attacks did not rise to the level of expected danger.