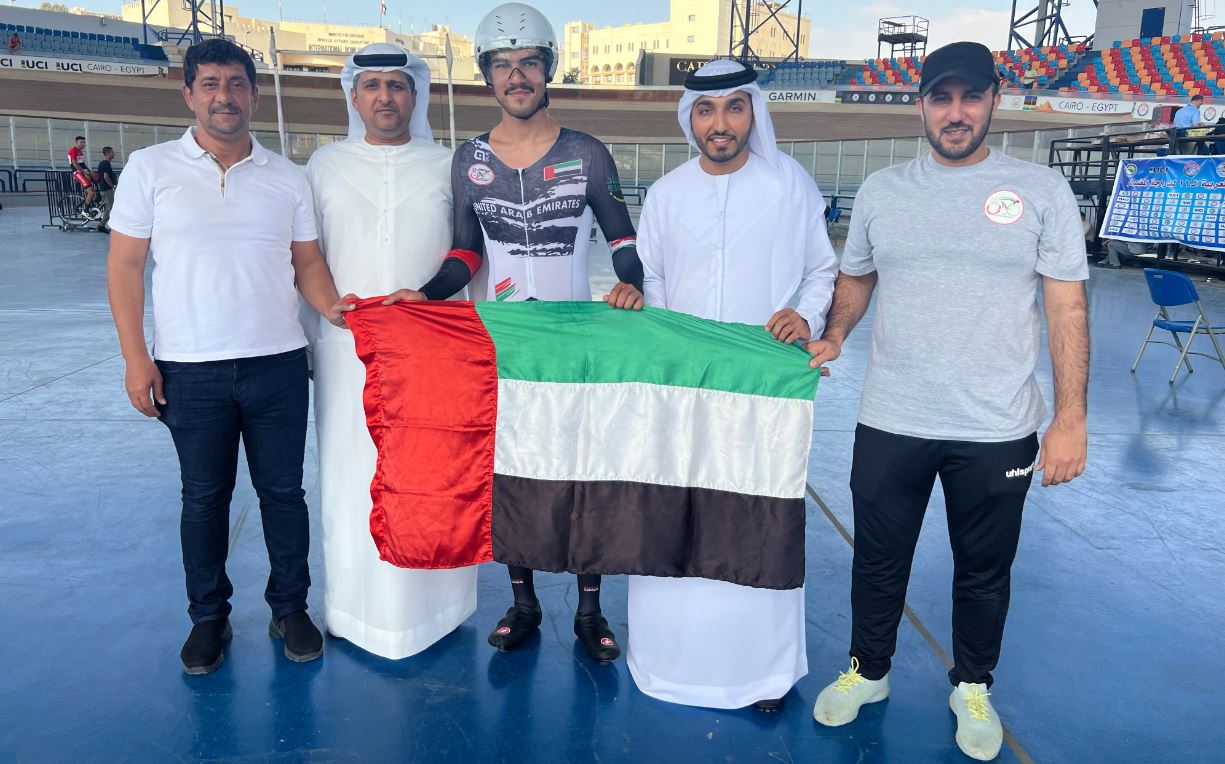 Today, the national cycling team won 3 new medals in the Arab Track Championship, which is being hosted by the Egyptian capital, Cairo. The team won two golds and a silver, the two golds came from Muhammad Al-Mutaiwee and Hoda Hussein, bringing the team’s gold balance to 6 medals, and it comes in second place after the 14-golden Egyptian team. Two days before the end of the competitions, the team’s total medal collection rose to 20, including 6 gold, 10 silver and 4 bronze.

Al-Mutaiwee won the gold medal in the race (4 km individual pursuit), in his first participation in the adult category of the Arab Track Championship. The rising champion, Huda Hussein, also succeeded in achieving a gold medal, the first for her in the championship, and Sheikha Issa succeeded in adding a bronze in the (Al-Kirin) race.

The race witnessed the presence of Sheikh Faisal bin Humaid Al Qasimi, President of the Arab Federation, Mansour Bu Asaiba, President of the UAE Federation, and a large number of members of the Arab Federation in the tournament. Today, the captain of the team, Youssef Mirza and Ahmed Al-Mansoori, is running the Olympic ammonium race, and tomorrow the winner will finish participating in the Madison race, the two title holders in The two races.