The third and last for this year.. Tomorrow Thursday, the moon will perpendicular to the Kaaba 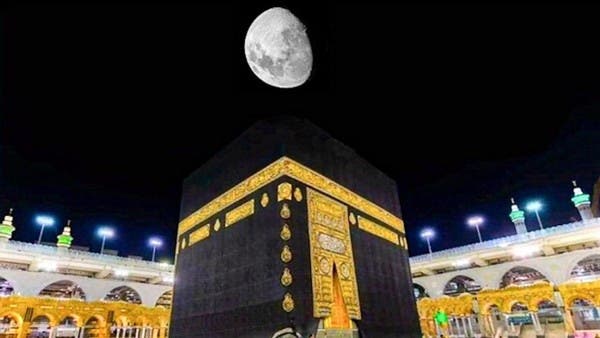 The sky of Makkah Al-Mukarramah will witness the dawn of tomorrow, Thursday, December 23, the decreasing humpback moon perpendicular to the Kaaba, which is the third and final perpendicular during this year 2021.

The head of the Astronomical Society in Jeddah, Majed Abu Zahira, told Al Arabiya.net that the phenomenon of orthogonality will occur when the tilt of the moon reaches the width of Makkah Al-Mukarramah, and it will be at the moment of its mediation on its demise line at 03:23 am (12:23 am GMT) two hours and 11 One minute of the dawn call to prayer in the Sacred Mosque.

He added: “The moon at that time will be at an altitude of 89.54 degrees, its disk will be illuminated by 87% of sunlight, and the angle separating it from the sun (elongation) is 137 degrees, and it is 398,794 kilometers away.”

Abu Zahira confirmed that the phenomenon of orthogonality shows the accuracy of the calculations for the movement of celestial bodies, including the moon, which makes determining its location very accurate, in addition to this, it is possible with this phenomenon to determine the direction of the qiblah.

He stressed that the method of using this phenomenon to determine the qiblah is done by the person heading to the moon and making it exactly in front of his viewer at the moment of the orthogonal, then he will be heading to the qiblah exactly, and this experience is suitable for any region in the world where the moon is seen at that moment, but it is not useful for nearby areas such as the city of Jeddah And all areas that are less than one degree away from Makkah Al-Mukarramah.

In order to obtain accurate scientific results, it is preferable to use one of the precise devices such as “theodolite”, which is used to measure small angles on the horizon, to measure azimuth distances and to measure the angle that consists of the intersection of a fixed vertical brightness and a vertical surface passing through one of the celestial bodies.

It is worth noting that the moon’s inclination during its monthly movement around the Earth varies within ±5 degrees from the zodiac circle, so the moon’s perpendicularity to the Kaaba occurs at certain times, and this is determined with an accuracy of ±0.5 degrees, albeit infrequently compared to the 12 cycles of the moon in year around the earth.