The time has come to raise a consensus voice against sectarianism: Binarayi Vijayan comment 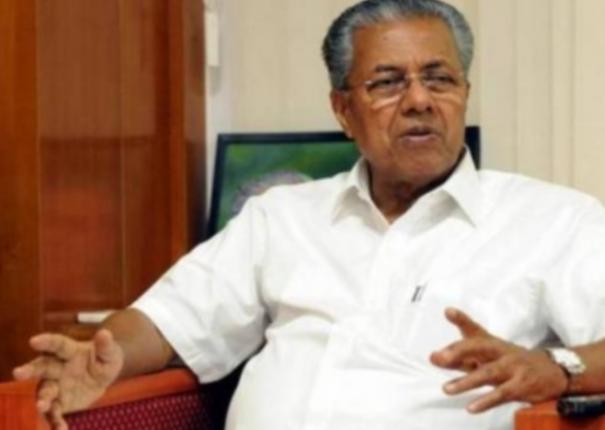 New Delhi: Kerala Chief Minister Binarayi Vijayan has commented on the international controversy over Nupur Sharma’s speech on the Prophet Muhammad saying that the time has come to raise a consensus voice against sectarianism.

In this regard, he said on his Twitter page today (Tuesday), “The Sangh Parivar has once again insulted our country. Our secular democracy, which is rising on the world stage, has come under criticism for its insulting remarks by the BJP spokesperson. The time has come to raise a consensus voice against sectarianism.”

Sangh Parivar has once again disgraced our revered secular democracy before the world, with the derogatory remarks made by BJP spokespersons against Prophet Muhammad. It’s high time to raise unanimous voice against the forces of bigotry. pic.twitter.com/zPJo7dHQlU

Earlier, in an interview with ANI yesterday, Binarayi Vijayan said, “The RSS has put the nation in an awkward position. The federal government must crack down on hate propaganda. It is the policy of the Sangh Parivar to slander the Prophet Muhammad. Has caused damage. “

India traded with GCC countries Kuwait, Qatar, Saudi Arabia, Bahrain, Oman and the UAE for $ 90 billion in 2020-21. Millions of Indians work in GCC countries. Reside. Modi has strengthened ties with these countries in the last 8 years since taking office as Prime Minister. In this case, the relationship has been shattered by controversial comments about the Prophet.

It is in this context that Kerala Chief Minister Binarayi Vijayan has expressed his views on the controversy.

Controversial Background: Nupur Sharma, a BJP spokesperson, had made a defamatory remark about the Prophet Mohammad during a televised debate last week. BJP’s Naveen Kumar continued to tweet controversially about the Prophet Mohammad and later deleted it. The Islamists staged a sit-in protest in Kanpur, Uttar Pradesh, a few days ago. It seems that some shopkeepers at the time did not support the strike. So violence erupted in that area. The state police have launched an arrest operation in this regard. This is where the strong condemnation of the Gulf countries has accumulated. The BJP has taken steps to remove Nupur Sharma and Naveen Kumar from the party’s basic membership for making defamatory remarks.