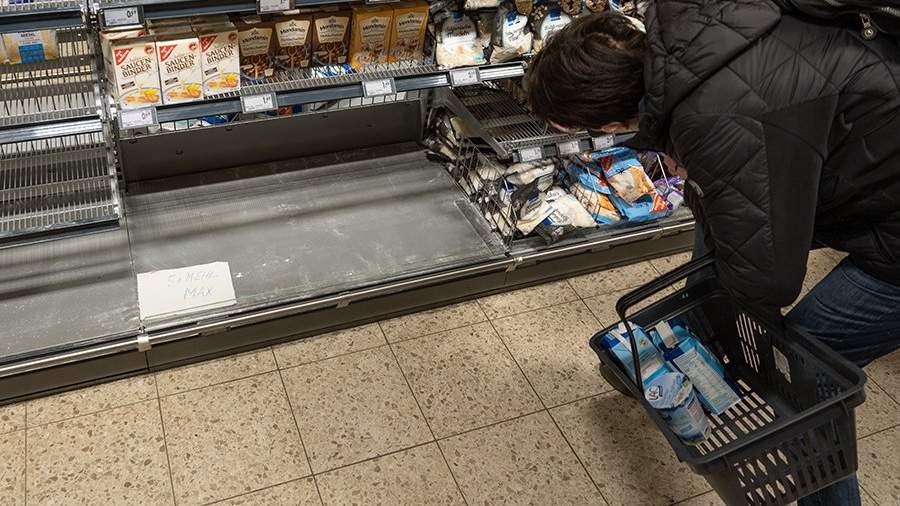 The “epoch of low prices” in the European region has come to an end, journalists from the British newspaper The Times write on April 26.

Food prices are rising weekly in supermarkets across Europe, and the crisis in Ukraine is pushing up already high energy bills, according to the publication.

“They say that Europe must admit that two basic necessities, such as food and fuel, have been too cheap for a generation, and therefore government leaders must tell the truth to voters and prepare for a political backlash,” British journalists emphasized.

Diederik Samsom, chief of staff of European Commission Executive Vice President Frans Timmermans, who is in charge of energy policy, admitted that “no one dares to tell voters out loud that it is impossible to maintain the same standard of living and that higher prices are forever.”

At the same time, the official said that unrest in European society is inevitable, since politicians have no room left to mitigate the blow from the increase in the cost of living.

Earlier, on April 27, the head of the German Ministry of Economy, Robert Habek, said that Germany and all of Europe are currently “paying the price” for the crisis in Ukraine. He predicted that this “retribution”, including the subsequent rise in energy prices, would have an impact on the impoverishment of Germany.

On April 21, Olga Veretennikova, vice-president of the Borsell analytical company, told Izvestiya that the inflation situation around the world was causing concern, and European countries were no exception, they would live in conditions of high price growth for a long time to come.

The increase in prices in the euro area, according to Eurostat on April 21, is accelerating: from 5.9% in February, it reached 7.4% in annual terms in March. In the EU countries, which, in addition to the eurozone states, include Sweden, Denmark, Bulgaria, Hungary, Romania and Poland, up to 7.8%. Monthly growth rates are as follows: in March – 2.4% (mom), in February – 0.9% (mom). Inflation, for example, in Germany in March amounted to 7.6%, in Spain – 9.8% – these are record figures over the past few decades, Veretennikova emphasized.

On March 23, Russian President Vladimir Putin announced that Russia would transfer payments for gas supplies to unfriendly countries into rubles due to the loss of reliability of Western currencies. Later, on March 31, he signed the decree. Buyers had to open ruble accounts from which gas payments are made. However, a number of G7 countries and the European Union considered the Russian demand a violation of contracts.

Western countries began imposing new sanctions against Russia after Putin announced on February 24 the launch of an operation to protect civilians in the Donbass, where the situation had escalated a few days earlier due to shelling by the Ukrainian military.

In particular, the restrictions affected energy resources. Due to restrictions, inflation in Europe and the United States has intensified. For example, according to the Federal Statistical Office of Germany on April 12, inflation in March rose to 7.3%, which was the highest rate since the unification of Germany and the GDR in 1990.