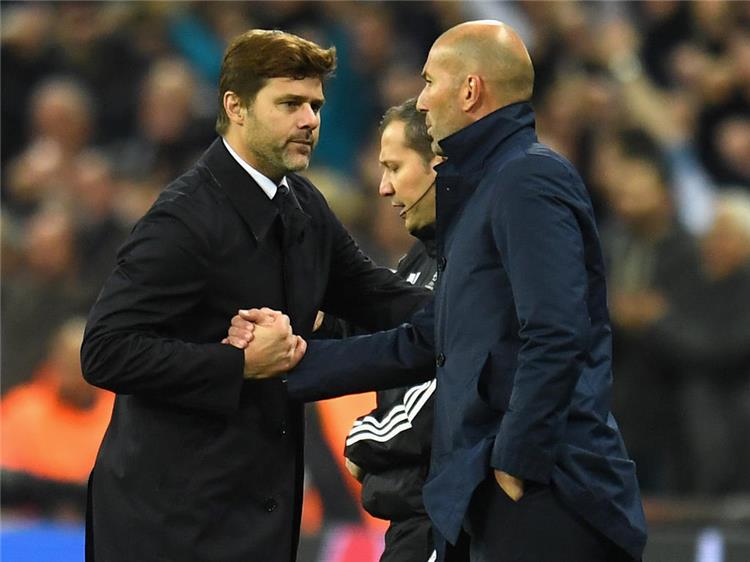 Brazilian Leonardo, the sporting director of Paris Saint-Germain, confirmed to AFP that Argentine coach Mauricio Pochettino is staying in the Parisian capital as coach, and that he “never asked to leave” despite rumors about his departure to Manchester United.

Leonardo also denied reports that Saint-Germain had contacted former Real Madrid coach Zinedine Zidane, stressing that he had not “communicated” with the French coach.
The sporting director responded to rumors of Pukki’s departure to the Red Devils, saying, “I think it is important to clarify the situation given the amount of misinformation circulating. Mauricio Pochettino is under contract with the club until 2023. We do not want Pochettino to leave.”
And he continued, “He never asked to leave and no club contacted us about him,” and “we have a lot of respect for Zinedine Zidane, and for what he did as a player and coach, but I can tell you very clearly that there is no contact (between us) and that there was no meeting with him.” journalist on this matter.
And the daily newspaper Le Parisien published on its front page a story on Friday referring to a “secret meeting” between the Paris Saint-Germain administration and Zidane, stressing that negotiations began “several weeks ago” between them.
The newspaper reported a meeting with “Zizou” in early November at the Royal Parisian Palace of Monceau, which was attended by “at least” Leonardo and Jean-Claude Blanc, the club’s general manager.
“It is absurd to imagine a meeting with Zinedine Zidane in a large hotel in Paris, in front of everyone’s eyes,” Leonardo said.
Rumors of the Paris club communicating with Zidane have spread like wildfire in recent days, and were met by the news of Pochettino’s return to England through the United gate, after he had previously supervised Tottenham Hotspur for many years.

According to the British press, Manchester United, who is looking for a coach after the sacking of its former Norwegian striker Ole Gunnar Solskjaer last Sunday, appreciates the 49-year-old Argentine, who knows the secrets of the Premier League well because he trained Southampton and Tottenham.
And the German sports agency “Sid” affiliated with AFP reported, Friday, that United are interested in contracting German Ralf Rangnick to ensure the transitional period until the end of the season.
For his part, Pochettino on the eve of the Champions League match between Manchester City and Paris Saint-Germain on Tuesday (lost 1-2) explicitly denied the supposed interest by the “Red Devils”.
“I tell you all. My contract runs until 2023. I am very happy in Paris Saint-Germain, it is a fact,” he told a press conference.
“I’m not a kid. I’ve spent my whole life playing football. I’ve been coaching for more than 12 years. There are rumors in our surroundings. I understand very well what’s going on. Sometimes in a positive way, sometimes in a negative way. I don’t allow myself to be distracted… Rumors exist and we have to live with.” with her”.
Saint-Germain, the leader of “Ligue 1” with 37 points, will visit Saint-Etienne on Sunday in the 15th stage of the competition.