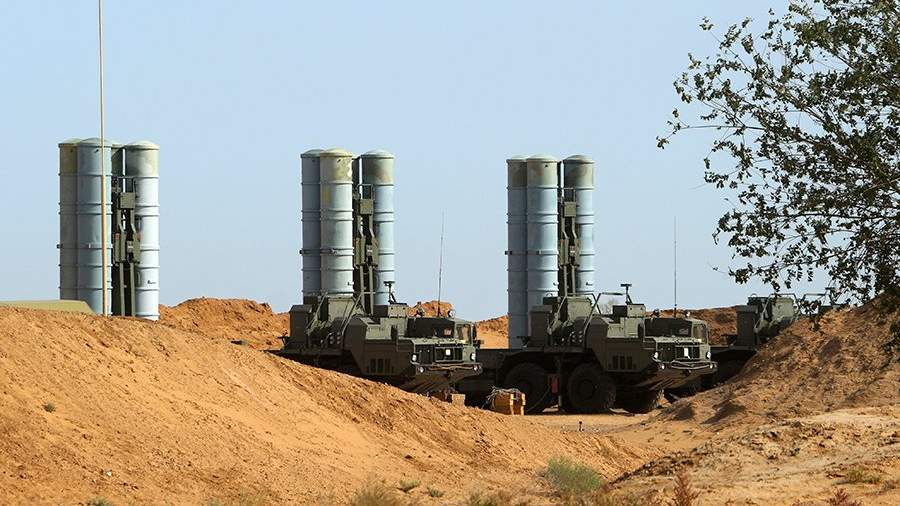 Readers of the Turkish edition of Haber7 did not like Greece’s intention to give the United States four military bases on its territory.

The portal cites the words of Turkish President Recep Tayyip Erdogan that such a step by Athens “is set against Turkey, not against Russia.” It is noted that in this way the number of American bases in Greece will increase to nine.

One of them is located in Alexandroupolis, 45 km from the border with Turkey. According to the publication, it was turned into a huge arsenal after the transfer of 400 tanks and armored vehicles there in July last year.

“And we will deploy the S-400 in response to these bases so that everything is mutual. If they do it, then why don’t we? Is anyone holding our hand?” asks user vatan.

Abdullah, on the other hand, expressed the opinion that Ankara needs to “deploy the S-400 in Thrace” in response.

“The goal of this United States is to force us to fight the Greeks, destroy the Greeks, strike us in the West and take control of this region,” vatandaş believes.

Other users noted that the main threat comes from NATO countries.

Earlier, on May 23, the Turkish leader said that Greek Prime Minister Kyriakos Mitsotakis no longer exists for him after his visit to the United States, during which he called on Washington not to sell F-16s to Turkey. Erdogan also recalled that the route of the terrorist organization FETO (the International Social Movement that originated in Turkey in the early 1970s and arose around the ideas of the Turkish writer Fethullah Gülen) to Europe passes through Greece.

Kyriakos Mitsotakis, speaking in the US Congress, lashed out at Turkey. According to him, the problem of dividing Cyprus into Greek and Turkish parts has remained unresolved between the countries for 48 years. The Greeks want to see Cyprus united and exclusively under the Greek protectorate, in particular, the politician recalled.

On May 21, Turkish Foreign Ministry spokesman Tancu Bilgiç said that F-16 fighters belonging to the Greek Air Force twice violated the country’s airspace on May 16 and 17. He stressed that Greece must stop its provocative actions in the Aegean and called for confidence-building in bilateral relations and stabilization of dialogue within NATO.