The UAE, Bahrain and Iraq are the strongest candidates to win the “Gulf 25” 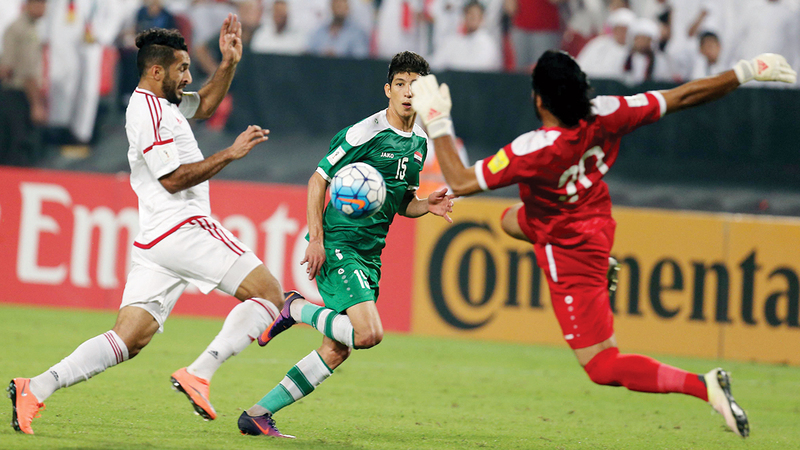 Professional Gulf players in the ADNOC Professional League and the first and third division championships confirmed that the UAE, Bahrain and Iraq teams are the strongest candidates to win the “Gulf 25” title, which will be held in the Iraqi city of Basra during the period from the sixth to the 19th of January, indicating that the tournament is a new opportunity for artistic competitions and public attendance. Distinguished will gather the Gulf teams.

They told «Emirates Today»: «The championship will appear in a strong technical way, and all the championship teams are likely to win, regardless of the draw, due to the popular and artistic atmosphere that the Arab Gulf sports community awaits, but the Emirati white and the Bahrain and Iraq teams remain the strongest candidates to win the championship. ».

Ajman player and Bahrain national team Ali Modan said: “I think that the group that includes Bahrain, the Emirates, Qatar and Kuwait is the most difficult, because all its teams are strong and developed, and the chances of the Bahrain national team are better and will compete for the championship as (defending champion), and I believe that the UAE national team will also be a strong competitor for the championship.” On the side of Iraq, the owner of the land and the public ».

Everyone is a winner

For his part, the Iraqi Dibba Al-Fujairah player, Muhammad Mustafa, said: “Everyone is a winner in the championship, as the brothers gathered in a sports and public forum that the Arab Gulf community always longs for.”

He added, “All teams are strong, and one group cannot be described as easier than the other. From a technical point of view, I expect that the majority of the tournament matches will be of a high technical level, especially the UAE and Iraq, and I am certain that the tournament will reveal talented players for the future, especially with the desire of some teams to give the opportunity to young players.

Regarding the identity of the next champion, he said: “I think that the UAE and Iraq teams will play in the final, and the Bahrain team can play a greater role.”

The power of groups

In turn, the player of the Omani Dibba Al-Husn Club, Muhammad Al-Marbouei, stressed that “the tournament will be very strong after the teams of the Emirates, Qatar, Kuwait and Bahrain gathered in one group, which I consider stronger than the group that includes Oman, Iraq, Yemen and Saudi Arabia.”

He said, “The Arab Gulf Cup tournaments do not recognize the strength of the groups, and their conditions are different, technically and popularly, from the rest of the tournaments.”

He continued: «The Iraqi national team, the host of the tournament, is a strong candidate as the host team, but I see that the Omani national team is going through a phase of excellence and we hope that it will reach the final. Everyone is a winner.”

In turn, the Kuwaiti Sporty Club player (third degree), Faisal Al-Daihani, said: “It seems at first glance that the draw brought together the strongest teams in the second group without the other, but that does not apply to the Arab Gulf Cup, which has its own conditions and status, so I see that the competition will be She is present in all matches, and the tournament will be strong in performance and competition.

Regarding the Kuwait national team, he said: “It is going through a technically unstable stage, but we have high confidence in it in such a tournament, in which it can appear in a distinctive way.” Regarding the chances of the UAE national team, he said, “The Emirati football is going through a stage of development, and it is certain that it will appear very strongly in the tournament, and I confirmed this in the past versions, and I do not have an expectation for the name of the champion, but I hope that it will be the Kuwaiti blue.”