The UAE is a champion.. and Brazil is a runner-up at the conclusion of the Fujairah International Open Championship for Professional Jiu-Jitsu 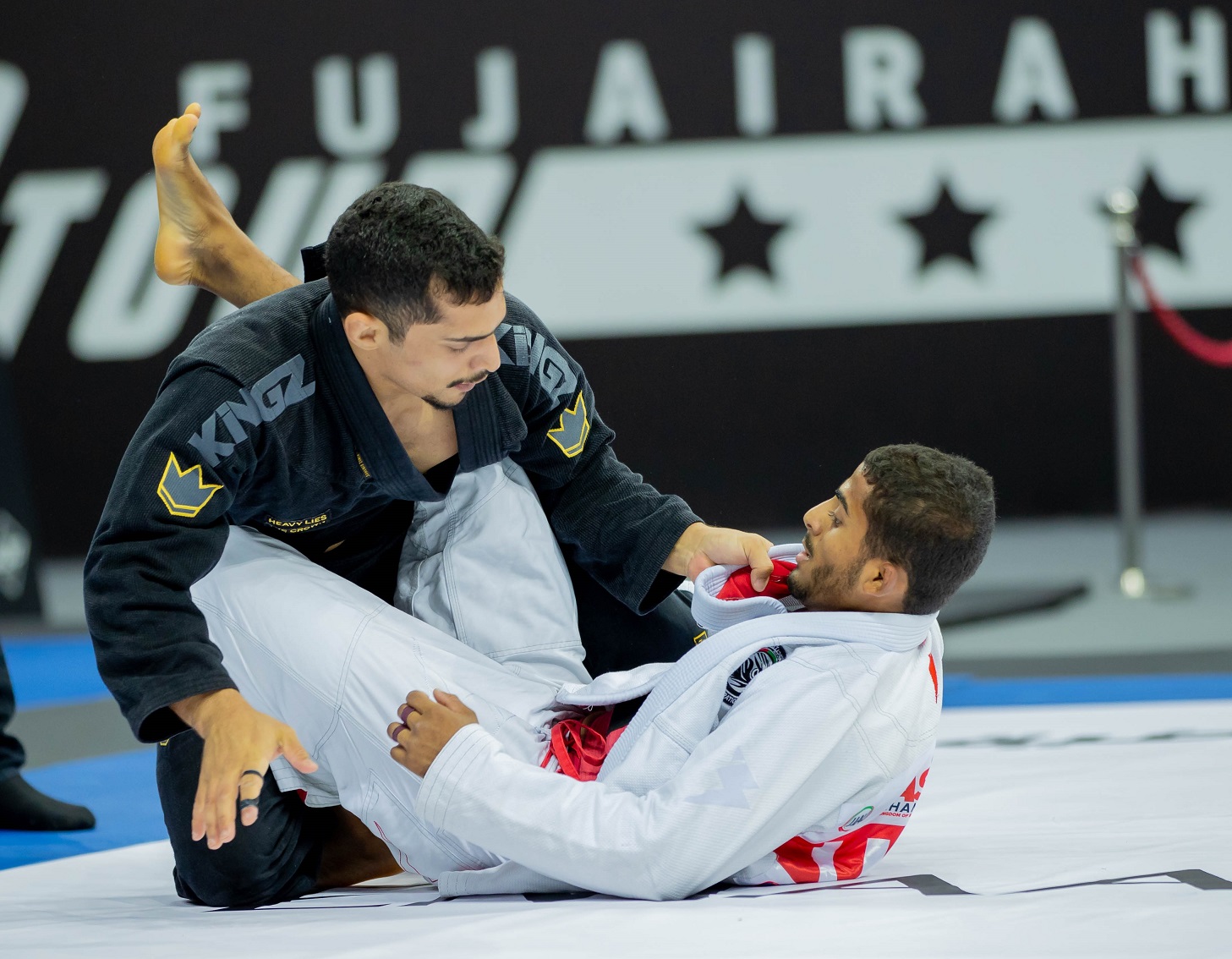 Under the patronage and presence of His Highness Sheikh Mohammed bin Hamad Al Sharqi, Crown Prince of Fujairah, the Fujairah International Professional Jiu-Jitsu Championship, organized by the Emirates Jiu-Jitsu Federation in cooperation with the Abu Dhabi Association of Jiu-Jitsu Professionals (AJP), concluded on Sunday evening at Zayed Sports Complex in Fujairah.


The championship fulfilled all its promises and celebrated its fights on the final day with a strong competition filled with enthusiasm, rivalry and strong performance, while Commando Group Academy succeeded in achieving the title, AFNT Academy finished runners-up, and Sharjah Self-Defense Sports came in third place.

At the level of countries, the lead went to the UAE, ahead of Brazil, the runner-up, and Colombia in third place.


Yousef Abdullah Al-Batran, a member of the Board of Directors of the Emirates Jiu-Jitsu Federation, expressed his deep thanks and appreciation to His Highness Sheikh Mohammed bin Hamad Al Sharqi, Crown Prince of Fujairah, for his support and patronage of combat sports, especially jiu-jitsu, to ensure its prosperity and contribute to the consolidation of the country’s position as a global home for the game. Al-Batran also thanked the family of the Zayed Sports Complex in Fujairah, which has become an ideal destination for hosting federation championships and jiu-jitsu champions from all over the world.

Al-Batran stressed that the Fujairah International Professional Jiu-Jitsu Championship is of great importance and provides an ideal atmosphere for preparing a generation of champions who are able to represent the UAE in a manner worthy of its leading position in all international forums and championships, and the best evidence of this is its success in attracting more than 800 male and female players representing 50 countries from The five continents of the world.