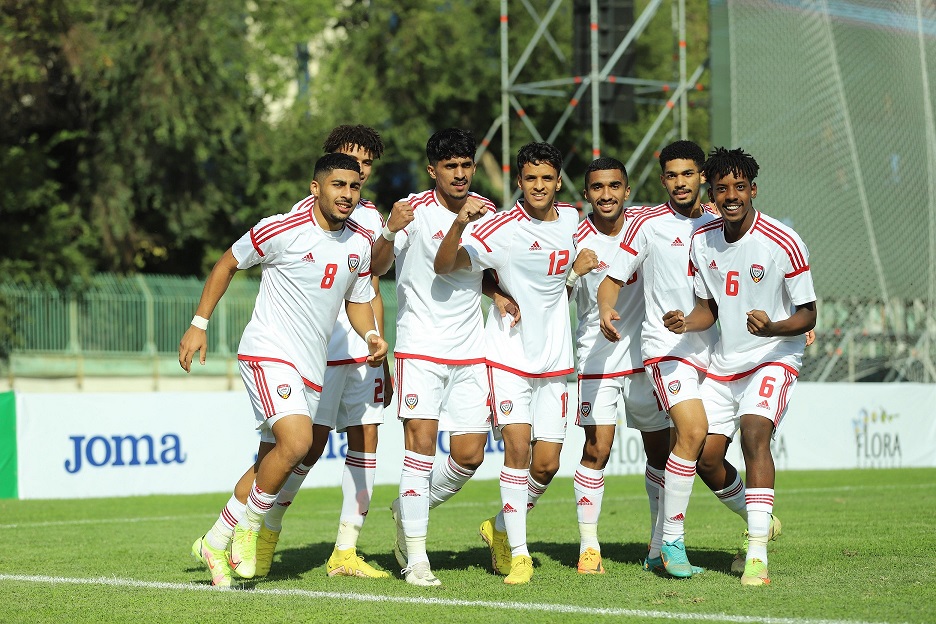 The UAE youth team started its campaign in the Asian U-20 qualifiers by defeating its counterpart Brunei with five clean goals, in the match that took place today, Wednesday, at Dolin Omarzakov Stadium in the capital, Bishkek, as part of the tenth group matches.

The goals of the team were scored by Atiq Essam in the first minute, Khalifa Khamis 62, Ali Abdulaziz 79 from a penalty kick, Maid Saeed 80, and Mubarak Salem in the third minute of the calculated time instead of lost time.

The second round of group competitions will be held next Friday, where the UAE team will meet with the Kyrgyzstan team, and Brunei will face Iran.

The first-placed team in each group will qualify for the finals, along with the five best second-placed teams in the ten groups, to join the host Uzbekistan team.