The UAE Olympic team bid farewell to “Asia” .. and the Saudi qualifies 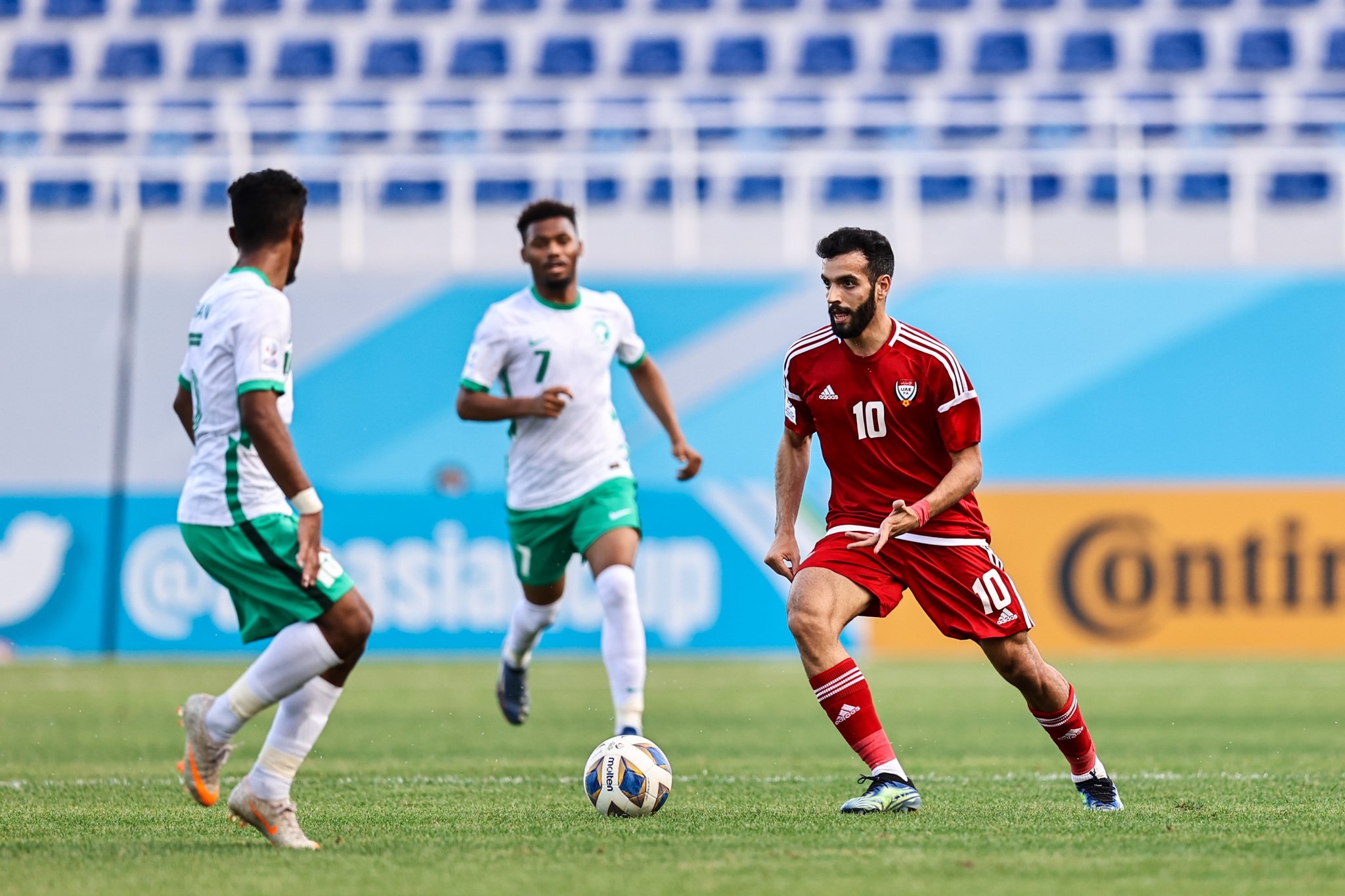 The UAE Olympic football team missed the opportunity to qualify for the quarter-finals of the AFC U-23 Cup for Olympic teams after losing to its Saudi counterpart 2-0, Thursday, at Lokomotiv Stadium in the Uzbek city of Tashkent in the third and final round of Group D, while the Saudi team won the qualification card. For the next round, they led the group with seven points, and the Japanese team booked the second card by obtaining the same balance after winning three clean goals over Tajikistan.
With this result, the UAE team deposited the tournament by coming in third place in the standings of the group with three points, which it achieved with one victory over Tajikistan, while losing in two matches against Japan and Saudi Arabia.
The Olympic team completed the match with ten players, after Eid Khamis received a red card “77”.
The Saudi team advanced with the first goal through Ayman Yahya “57”, taking advantage of the absence of defensive coverage from a quick attack by the Saudi team, and the player Saud Abdul Hamid described the second goal “93” from a penalty kick.
Although the Olympic team showed a good performance during the first half, which ended in a goalless draw, it declined in the second half, during which the Saudi team managed to turn the table and score two goals to excel in the match.
The Australian referee, Jonathan Pereiro, canceled a goal for the Saudi team before the end of the first half, after he used the “mouse” video referee technology for the presence of a handball before the player Haitham Asiri scored the goal.
The Olympic team tried to control the course of the game and took the initiative and pressed hard during the first quarter of an hour of the first half and threatened the Saudi goalkeeper’s goalkeeper with more than one attempt, the most prominent of which was Yasser Al Balushi’s “19” shot.
On the other hand, the moves of the Saudi team’s attackers posed a real danger to the Olympic Whites’ goal, and the team’s goalkeeper, Muhammad Abdullah, saved his goal from more than one opportunity for the team, especially the attempt of Hamid Al-Ghamdi, and another from the player Abdullah Radeef.
Despite his repeated attempts, the Olympic team failed during the first half to reach the Saudi team’s goal and score the first goal in the match, despite the chances that the team had.
At the beginning of the second half, the Saudi team tried to reach the Emirati Al-Abyad goal and scored the first goal, and actually succeeded in achieving its goal through Ayman Yahya (57).
The Olympic team received a strong blow when the match referee issued the red card to the player Eid Khamis, which increased the team’s suffering in the match, but Al-Abyad did not give up and played strong and tried to equalize before the Saudi got a penalty kick from which he scored the second goal (93).