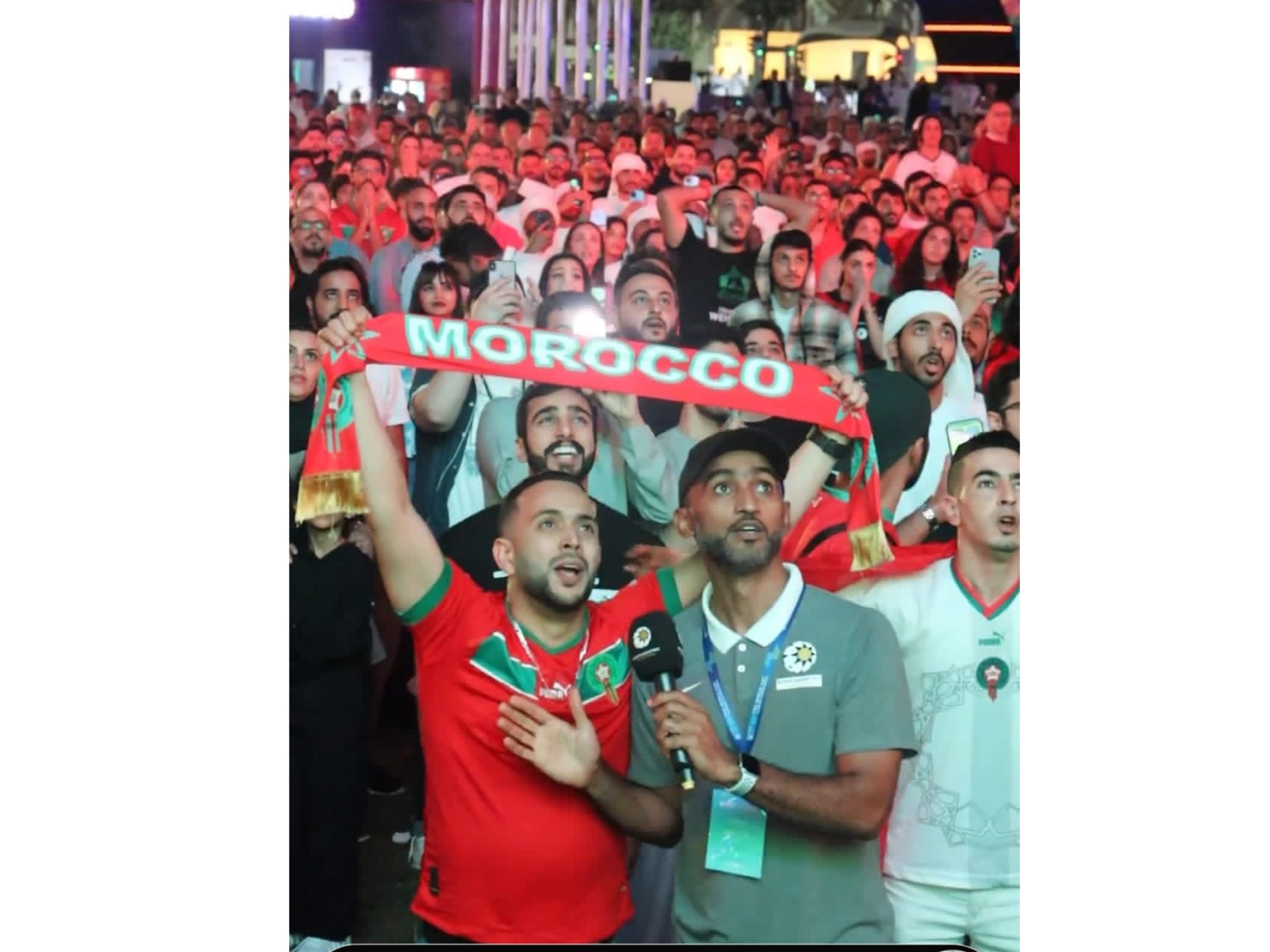 The UAE Professional League continued its celebrations with the Arab fans of Morocco’s victory and its historic rise to the quarter-finals of the 2022 World Cup, through the “Trend of the World” program, which is related to the broadcast of the World Cup activities, and the last episodes of the program were on the historic day of Morocco’s victory over Spain and qualification for the quarter-finals.

A press release issued by the Professional Association stated that the association’s lens roamed between the Moroccan and Arab audiences in the Emirates, through the “Trend of the World” program, to celebrate with the fans the atmosphere of Arab weddings, the Moroccan victory and the rise to the quarter-finals, and presented prizes to the fans, including attending the professional league matches.

The League also presented prizes to fans of different nationalities, after answering questions about the stars of the Moroccan national team and the stars of the World Cup, who played in our league.