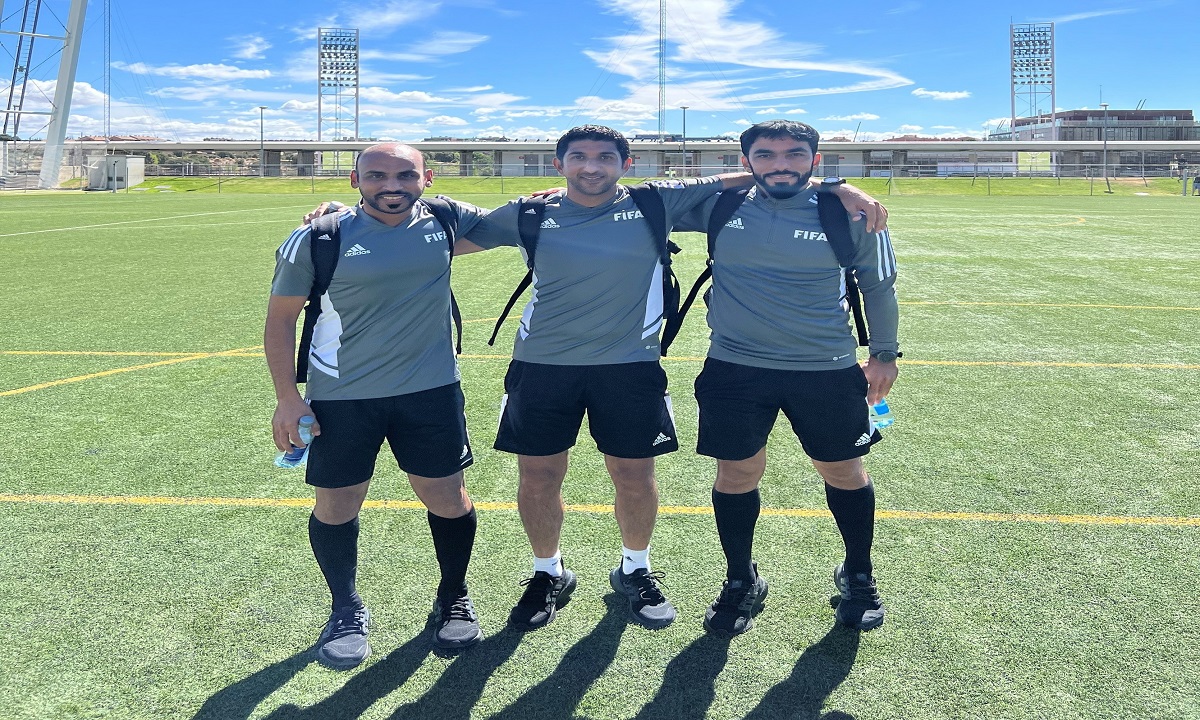 Our World Cup crew, consisting of, Mohamed Abdullah Hassan, “Referee of the Square”, Mohamed Ahmed Youssef “First Assistant” and Hassan Al-Mahri “Second Assistant”, successfully passed the physical fitness tests conducted by the Referees Department of the International Football Association, within the FIFA seminar that was held in Spain From 20 to 22 June this year.

The FIFA had organized a seminar for the referees in charge of managing the matches of the World Cup – Qatar 2022, which included intensive daily practical training for the referees during the morning and evening periods, while theoretical lectures were held during the afternoon, during which a group of arbitration cases for matches from various competitions were discussed. Football around the world.

The seminar program witnessed physical fitness tests for the referees of the arena, which was held “Tuesday”, while the assistant referees were tested yesterday “Wednesday” on the final day of the Spain Seminar.