SportsThe UAE tops the competitions of the fifth edition of the Asian...
Sports 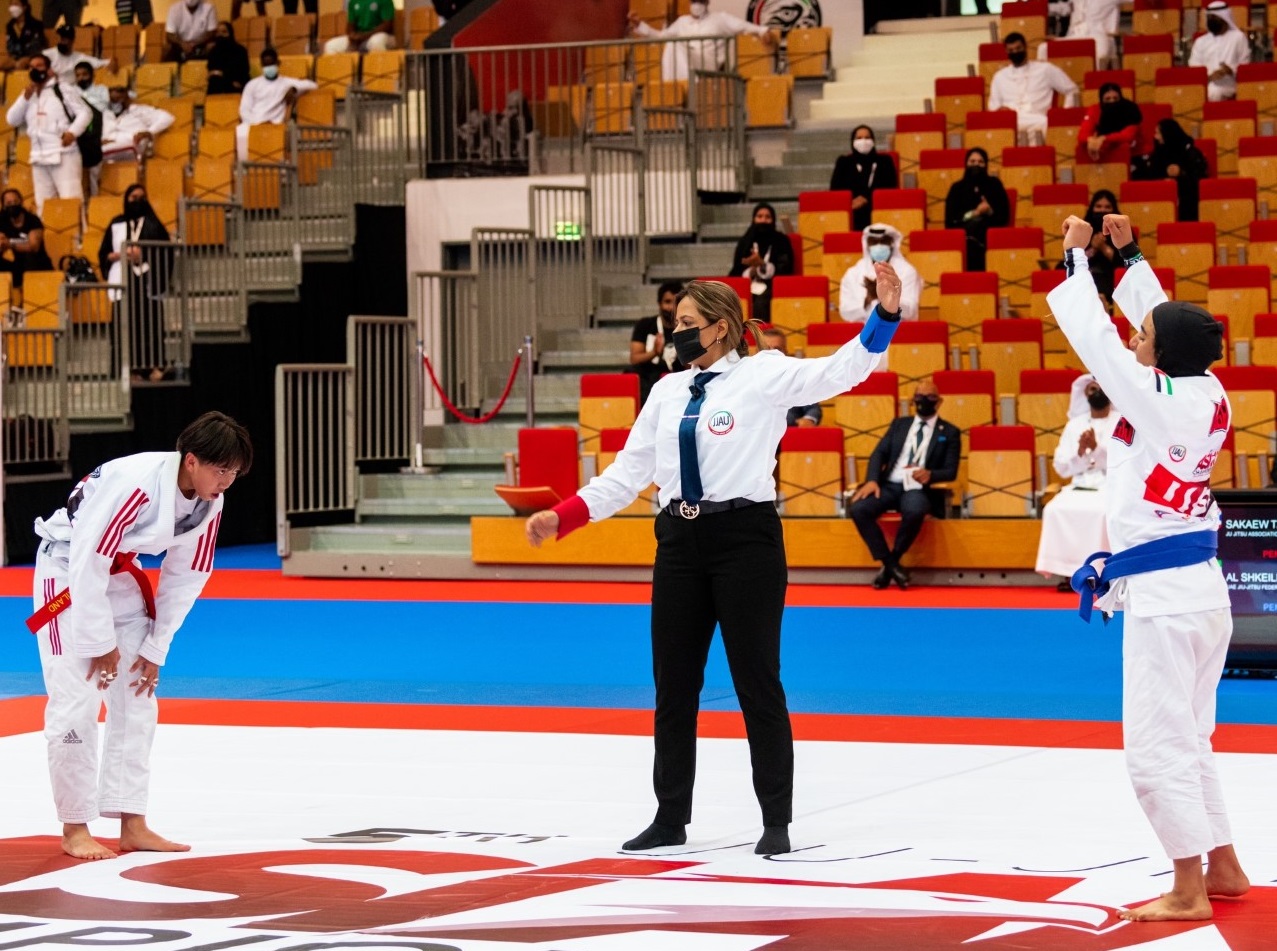 The achievements of the national team continued on the second day of the fifth edition of the Asian Jiu-Jitsu Championship, topping the rankings of the championship at the end of the second day, hosted by the Jiu-Jitsu Arena in Zayed Sports City, and will continue until the 16th of this month. The UAE champions managed to achieve 18 medals (4 gold, 4 silver and 10 bronze), so the UAE came first, while Kazakhstan was the runner-up with 4 gold, 3 silver and 6 bronze medals, to be third for Jordan with 2 gold, 3 silver and 3 bronze. .

The competitions of the second day of the championship were attended by Panagiotos Theodoropoulos, President of the International Jiu-Jitsu Federation, Mohammed Salem Al Dhaheri, Vice-President of the Emirates Jiu-Jitsu Federation, Brigadier Mohammed bin Dalmouk Al Dhaheri, Board Member of the Federation, Yousef Al Batran, Member of the Federation’s Board of Directors, and a number of members of the Executive Office of the Asian and International Federations, as well as heads of Delegations of countries and members of the Asian Union.

Mohammed Salem Al Dhaheri said that hosting the Asian Jiu-Jitsu Championship in Abu Dhabi has achieved many gains and successes on several levels, most notably the organization, arbitration, public support and distinguished media presence, in addition to highlighting the position of the UAE at the forefront of Asian countries in leading the recovery of sports from the effects of the pandemic, and efforts The distinguished efforts you are making to support Emirati talents with a promising future.