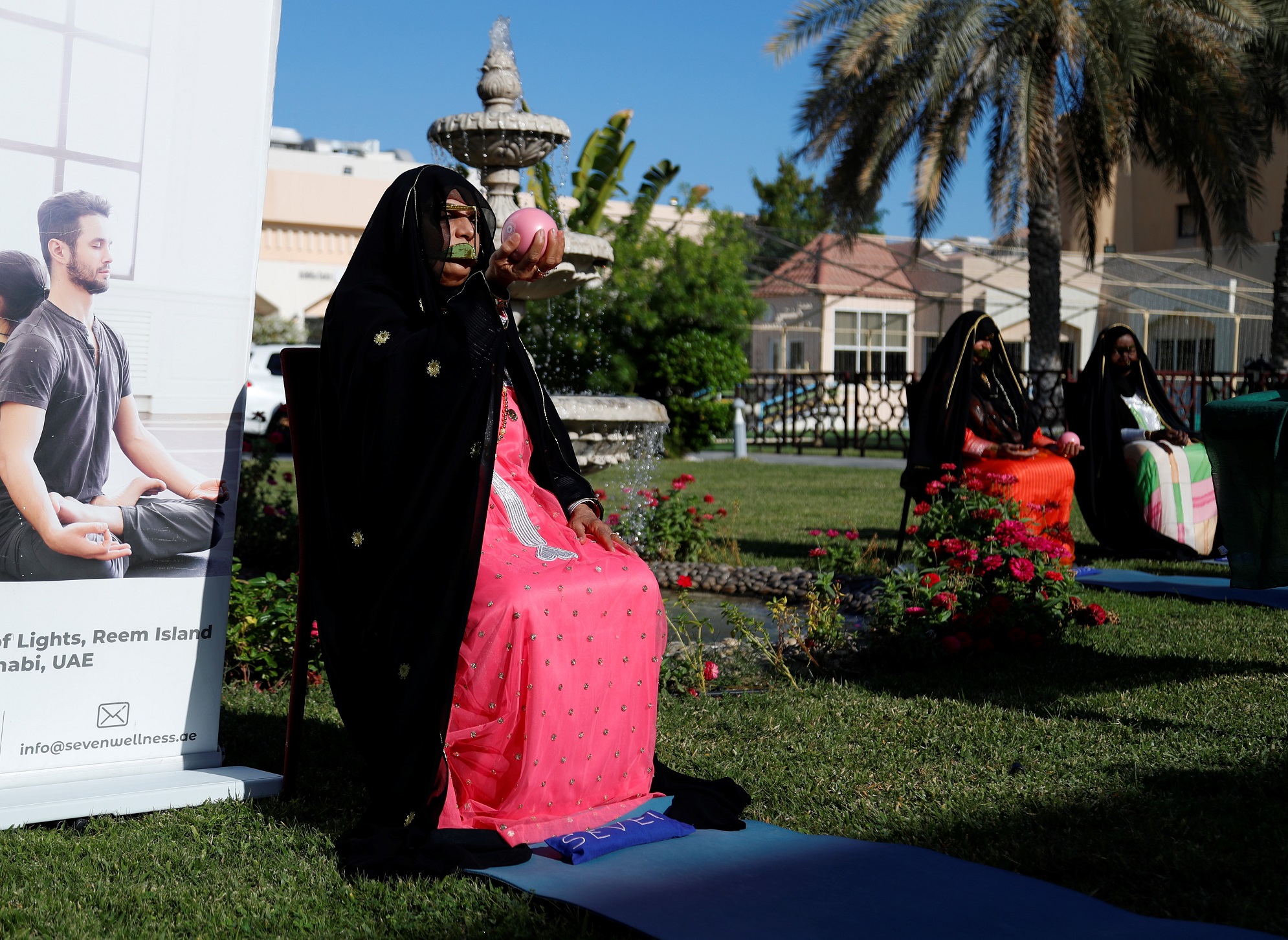 The UAE Women’s Sports Federation launched an initiative entitled “Positive Energy”, attracting senior citizens at the beginning of its activities to participate in “yoga” sessions, to encourage them to practice physical activity in an atmosphere full of health, vitality and happiness, in an effort to play its role in supporting community sports. And making sport a way of life and a culture that people do automatically, in line with the sports sector strategy 2032 aimed at developing community sports.

Noura Al-Suwaidi, Secretary-General of the General Women’s Union and President of the Emirates Federation for Women’s Sports, said, “We seek, through the “Positive Energy” initiative, to raise awareness of the importance of physical activity, so that it becomes the daily lifestyle of society in general and the women’s society in particular, and to spread sports culture among all women.” of different groups and ages, and make it an essential element in their daily lives.

She pointed out that the Emirates Federation for Women’s Sports hopes, through its rich initiative, to reflect the civilized image with which the name of the United Arab Emirates is associated, the country of goodness, tolerance, giving and positivity, and its relentless efforts in adopting the best practices aimed at enhancing the health and happiness of everyone who lives on this good land, along with Supporting women’s practice of sports and giving them an ideal environment, and instilling the values ​​of sports within the societal awareness of the residents of the United Arab Emirates.

In this regard, the UAE Women’s Sports Federation, within the “Positive Energy” initiative, in cooperation with the General Women’s Union and the “Seven Wellness” Center, organized “yoga” sessions at the headquarters of the General Women’s Union in Abu Dhabi, which targeted protectors of heritage from the Industries Center for Handicrafts. For female employees of the organizing agencies, in order to promote a positive lifestyle in terms of physical, mental and psychological aspects, given the value of the sport of “yoga” and its place in achieving an addition to human health in societies.

The sessions were presented by the trainer, Rola Al-Ghoul, which were held in a number of places in the open air and in the halls, and witnessed many various yoga exercises between sports movements and breathing exercises, in a harmonious rhythm that works to make the body, mind and soul in complete harmony.

The UAE Women’s Sports Federation is working within the framework of the “Positive Energy” initiative to harness all the elements to create the appropriate atmosphere for practicing sports, for its essential role in establishing feelings of cohesion and harmony among members of society and consolidating the spirit of belonging to the homeland, by strengthening means of cooperation with all state institutions to achieve the goals of the initiative. Encouraging the adoption of correct lifestyles and launching sports programs for the individual and society, for their role in avoiding diseases of all kinds and giving positive energy to perform daily tasks with vigor and vigor.

The “Positive Energy” initiative targets all age groups, including healthy people and people of determination, to practice all kinds of activities and sports that can accommodate the largest number of participants and that are characterized by their simple performance and physical and health benefits, such as: walking, running, bicycles, yoga, fitness training, and others.