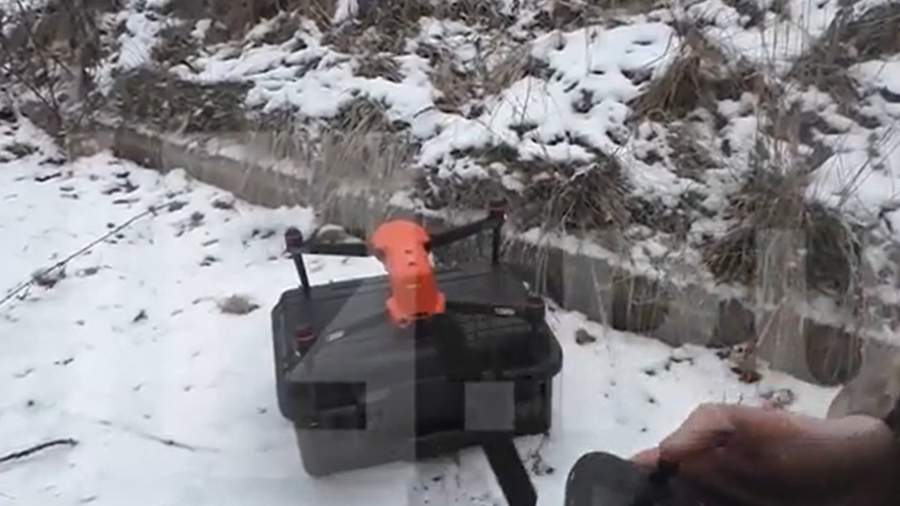 On January 22, a drone operator from the 100th brigade with the call sign Belorus showed Izvestia the work of a Russian drone on the positions of the Ukrainian military on the outskirts of the village of Nevelskoye in the Donetsk People’s Republic (DPR).

The military shared that the Ukrainian militants equipped fortified areas near the village and “settled in them.” In order to destroy them, Russian soldiers use aviation and artillery, in parallel with this, a counter-battery battle is being waged.

The Belarusian explained that drones can work both day and night, thanks to a thermal imager. According to him, after receiving information that the location of the enemy has been identified, the operator launches the drone into the sky and records the destruction of targets.

On January 5, the Russian Defense Ministry reported that employees of the Central Military District (TsVO) are independently constructing unmanned aerial vehicles (UAVs) to perform tasks as part of a special operation.

One of the main advantages of such drones is that it is very difficult for the enemy to figure out where the strike came from and from which side the drone itself flew. In addition, such mechanisms can move at speeds up to 100 km / h.

On January 4, it became known that in Ukraine the question of the rationality of using missiles to fight cheap drones, the cost of which is seven times higher than the cost of these drones, is becoming more and more controversial.

It has been reported that the drones Moscow uses are relatively uncomplicated devices and quite cheap, while the set of weapons used to strike them in the sky is much more expensive.

On February 24, 2022, the Russian Federation launched a special operation to protect Donbass, against which Kyiv has been conducting military operations since 2014.