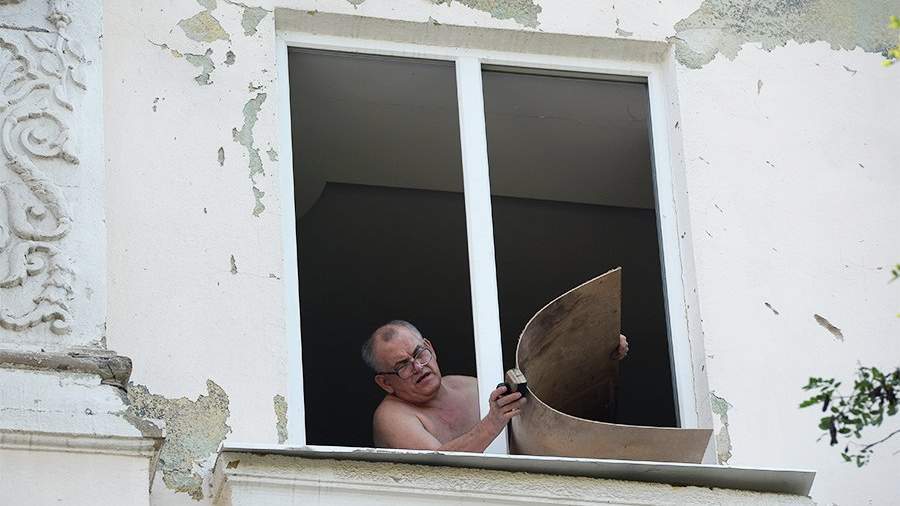 A UN convoy delivered humanitarian aid to Slovyansk and Kramatorsk on 20 June. This was stated by the representative of the UN Secretary-General Stephane Dujarric on Tuesday, June 21.

“Together with our humanitarian partners, we delivered humanitarian aid to Slovyansk and Kramatorsk,” he said.

Earlier that day, Russia’s permanent representative to the UN, Vasily Nebenzya, said at a meeting of the organization’s Security Council that Russia sees Western incitement to Russophobia in Ukraine.

The day before, the UN announced its readiness to expand its presence in Ukraine, RT reports. Dujarric said that the organization calls on the parties to the conflict in Ukraine to protect the lives of civilians and ensure that they can receive the necessary assistance.

On the same day, the Armed Forces (AF) of the Russian Federation delivered humanitarian aid to residents of the liberated territories in the Donetsk People’s Republic (DPR).

Columns of Russian military equipment deliver food as quickly as possible. Immediately after the liberation of the settlement, the military personnel of the Central Military District (TsVO) form food packages and send them to those in need. This allows the population to be provided with food, hygiene products and medicines.

On June 16, military personnel of the Central Military District delivered humanitarian aid to residents of one of the liberated settlements in the DPR. During the campaign, about a thousand food packages were distributed to those in need.

On June 5, Russian servicemen brought humanitarian aid to the liberated settlements of the Kharkov region. The cargo was distributed to families with children, the elderly and the disabled.

On May 30, the military of the Pacific Fleet delivered more than 30 tons of humanitarian cargo from the inhabitants of Kamchatka to the population of Donbass. The help was collected by residents and workers of the enterprises of the region under the auspices of charity, organized by public figures from the Women’s Union of Kamchatka with the support of local authorities.

Russia continues the special operation to protect the Donbass, the beginning of which President Vladimir Putin announced on February 24. The key goals of the Russian military are the denazification and demilitarization of the Kyiv regime. This is necessary to ensure the security of the Russian state and people. Moscow also emphasized that the strikes were carried out only on military infrastructure.