The UN representative for Sudan: We are holding consultations to resolve the crisis 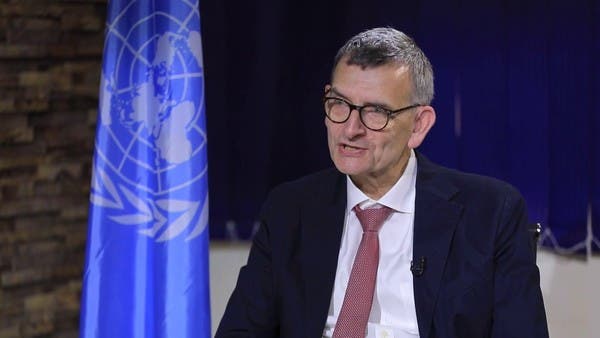 With the passing of months since the political crisis in the country was complicated by the resignation of Prime Minister Abdalla Hamdok last week, the Special Representative of the Secretary-General of the United Nations in Sudan, Volker Perthes, officially announced today, Saturday, the launch of the initial consultations for a political process between the Sudanese parties, facilitated by the United Nations to support stakeholders to agree on A way out of the current political crisis and the way forward towards democracy and peace

In a statement, Peretz, head of the United Nations Integrated Mission in Support of the Transitional Phase in Sudan (UNITAMS), expressed his grave concern that “the current political impasse will lead the country to slide towards more instability and waste the political, social and economic gains that have been achieved since the outbreak of the revolution.”

“It is time to end the violence and enter into a constructive, inclusive process,” he added, explaining that all key stakeholders, including civilians and military, including armed movements, political parties, civil society, women’s groups and resistance committees, will be invited to participate in the UN-facilitated political process. .

In addition, he stressed that the United Nations “will remain committed to supporting the realization of the aspirations of the Sudanese people for freedom, peace and justice.”

It is noteworthy that since Hamdok’s resignation on January 3, international calls continue, as well as mediation, in order to expedite the formation of a civilian government as soon as possible, paving the way for elections to be held in the country, as stipulated in the 2019 constitutional document.

Also, protests against the partnership between civilians and the military component in the temporary administration of the country will continue until elections are held next year.