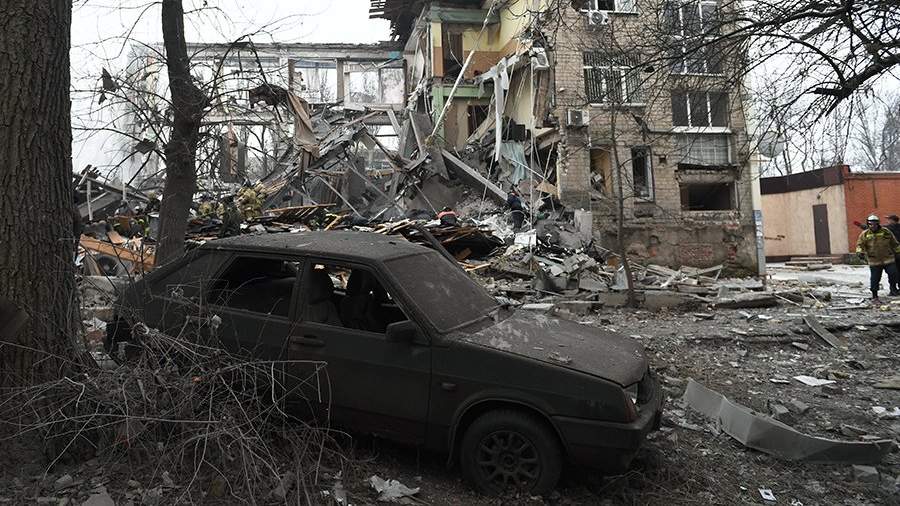 On January 20, the UN Security Council (SC) will hold an informal meeting on the topic of Kyiv’s crimes against the population of Donbass, which have been ongoing since 2014. This was announced on January 19 by Dmitry Polyansky, First Deputy Representative of the Russian Federation to the UN.

He noted on the Telegram channel that the meeting would be attended by Spanish journalist Enrique Refoyo, international law expert from France Arno Devele and social activist from Donetsk Maya Pirogova.

In addition, the Permanent Representative of the Russian Federation to the UN plans to tell how the civilians of Donbass survived under the shelling of the Armed Forces of Ukraine (AFU) since 2014.

“While the Western media are promoting a distorted picture, characterized by disinformation and fake news, the participants will hear the opinions of political scientists, journalists and natives of Donbass, who have directly encountered the cruel reality of the life of the civilian population of the Donetsk and Lugansk People’s Republics, studied their true motives and aspirations,” the source said. permanent mission.

The previous meeting of the UN Security Council on the topic of Ukraine took place on January 11. The event discussed the topic of persecution of the canonical Ukrainian Orthodox Church. For the first time in the history of the UN Security Council, the Metropolitan of the Russian Orthodox Church speaks at a meeting. Metropolitan Anthony (Sevryuk) said that the basis of the peaceful dialogue in Ukraine is being undermined by the government’s attempts to destroy the canonical UOC. In particular, he noted that only last year “129 churches of the UOC” were captured.

As political scientist, director of the International Institute of Recent States Alexei Martynov noted to Izvestia the next day, the speech of the chairman of the department for external church relations of the Moscow Patriarchate, Metropolitan Anthony of Volokolamsk at a meeting of the UN Security Council will be another passing moment for the participants in the meeting, “they do not hear and do not listen.”

Meanwhile, on January 17, the UN called on the Ukrainian authorities to fully comply with international law when conducting searches in the churches of the UOC.

Since February 24, Russia has been conducting a special operation to protect the Donbass, whose residents refused to recognize the results of the 2014 coup d’état in Ukraine. The decision to hold it was made against the background of the aggravation of the situation in the region due to shelling by Ukrainian troops.