The undefeated “Bayd” crowned the champion in the “Sussex Stakes” 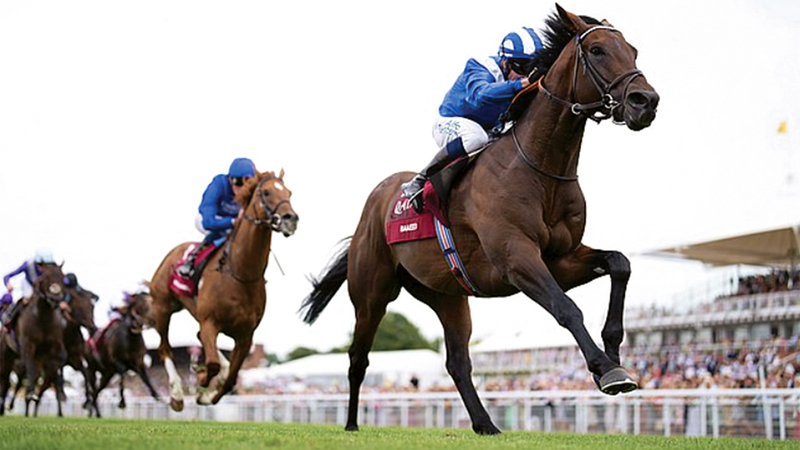 The undefeated pony “far”, with the “Shadwell” logo and under the supervision of coach William Haggas, was crowned a champion in the “Sussex Stakes” race for a distance of 1,600 meters, which took place yesterday in the fourth and main race on the second day of the prestigious British “Glorious Goodwood” festival held until July 30 At Goodwood Racecourse in England.

Four-year-old Baid once again confirmed his eligibility for the title of 1600 meter mile star, and the best and highest horse in the world with a classification of 138 pounds.

The country’s horses continued their brilliance on the second day of the festival, after the opening half of the “Secret State” horse, owned by Godolphin and supervised by coach Charlie Appleby, won the title of “Coral Handicap” for a distance of one and a half miles, 2400 metres.

And jockey Jim Crowley knew how to maintain the capabilities of the “far” pony during the early stages of the “Sussex Stakes” and stay close to the front horses, before unleashing him in the last 400 meters, bypassing his competitors to the lead and crossing the finish line in first place with a time of one minute and 37 seconds And 74 parts of a second, a difference of length and three quarters of length from the second-placed pony “Modern Games” with the “Godolphin” logo and the supervision of coach Charlie Appleby and the leadership of jockey William Buick, while the third place went to the champion of the “Darley Jullay Cup Stakes” for the current season, the skilled “Alcohol Free” » Under the supervision of coach Andrew Balding, and led by jockey Rob Horbney.