The United Nations: 126 billion dollars in losses for Yemen in 6 years of war 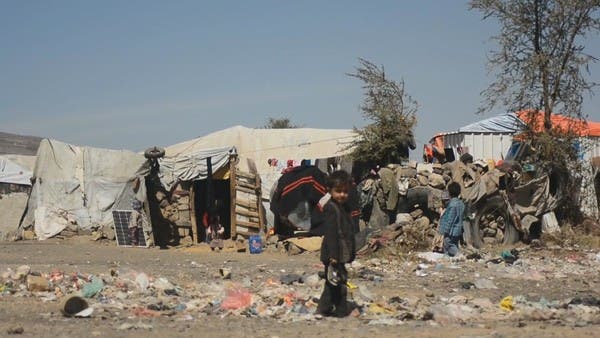 The United Nations estimated the losses incurred by Yemen during the past six years of war at about 126 billion dollars in potential economic growth.

A new report by the United Nations Development Program paints a bleak picture in the event that the conflict continues until 2022 and beyond. If the conflict continues until 2030, it is expected that it will lead to the lives of 1.3 million people by that year, explaining that an increasing proportion of those deaths will not occur due to the fighting, but Because of the secondary effects of the crisis on livelihoods, food prices and the deterioration of basic services such as health and education.

The report also projected that 60 percent of deaths during the crisis were caused by these secondary factors – a percentage that is expected to rise to 75 percent by 2030 if the war continues.
The report, prepared by the Frederick S. Bardey Center for International Future at the American University of Denver, indicated that Yemen, which is currently among the poorest countries in the world, can end extreme poverty within one generation – that is, by 2047 – provided that the devastating war stops right Now.

He explained that achieving peace by January 2022, along with a comprehensive recovery process, can help Yemenis reverse deep poverty trends, and help Yemen jump to middle-income status by 2050, while eliminating the extreme poverty it currently suffers from 15.6 million people.

The report highlights the less common and widespread impacts that the ongoing crisis in Yemen will continue to have across key dimensions of development and welfare.

The crisis has already pushed an additional 4.9 million people into malnutrition, and the report expects that number to rise to 9.2 million by 2030 if the war continues.

By the same year, the number of people living in extreme poverty will rise to 22 million, or about 65 of the country’s population, according to the report.

He stressed that peace is the only viable way forward to end the suffering in Yemen, calling on national, regional and international stakeholders to adopt a comprehensive, cross-sectoral recovery process that includes the entire Yemeni society.

The report stressed the need for recovery support to go beyond infrastructure and to put people at the center of these efforts.

Yemen has been witnessing a continuous war ignited by the Houthi militia since its coup against the legitimate authority in late 2014, with Iranian support, which has caused the worst humanitarian crisis in the world, according to the United Nations.