The United Nations is reassured: a positive atmosphere prevailed in the Sudan negotiations 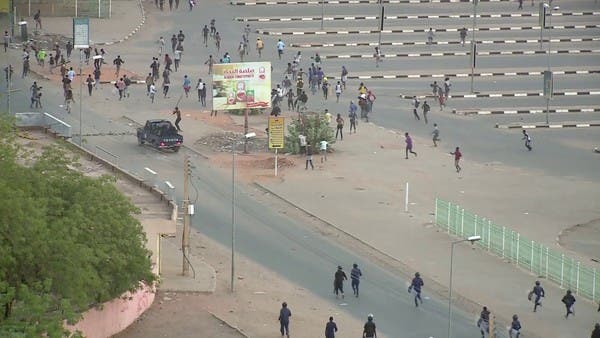 After the start of the Sudanese dialogue sponsored by the tripartite mechanism of the United Nations, the African Union and the IGAD organization to discuss ways to defuse the crisis in the country, on Thursday morning, the UN mission revealed a positive atmosphere that prevailed in the negotiations.

The mission expressed the hope that the current round of dialogue would put an end to the current political crisis.

Al-Arabiya/Al-Hadath correspondent also reported that dialogue sessions took place with the Central Council, the Accord Charter and the Federal Party, following individual consultations between the political and military parties.

These developments came while the initial meeting, which was held at UNITAMS headquarters in Khartoum, and included representatives of the tripartite mechanism and the leadership body of the Forces for Freedom and Change (National Consensus), discussed its vision on the Sovereign Council, the government, the mechanism for electing the Prime Minister, the Legislative Council, the judiciary, the commissions, the government program, the completion of peace, and issues related to the roots of the crisis.

The Forces for Freedom and Change (the National Accord Branch) affirmed that they support comprehensive national dialogue and consensus, noting that it is at the core of their declared political line since before October 25, 2021.

She also stressed that she would deal seriously and responsibly with the initiative of the tripartite mechanism so that some parties would not be alone in installing bilateral political settlements, far from the consensus of citizens and in order to prevent the recurrence of the domination of any unelected group over the Sudanese and their will, she said.

The African Union envoy, Mohamed El-Hassan Ould Labbat, stressed earlier today, during an interview with Al-Arabiya/Al-Hadath, the necessity of “not excluding political forces and adhering to one component despite its importance” during the dialogue.

He also stressed the necessity of forming a civilian government and laying down a constitutional basis and a viable program as soon as possible.

He made it clear that the dialogue is not expected to extend for more than 10 days.

The tripartite mechanism announced earlier this week its intention to start an indirect dialogue between the various parties to resolve the Sudanese crisis, to be launched officially at a later time.