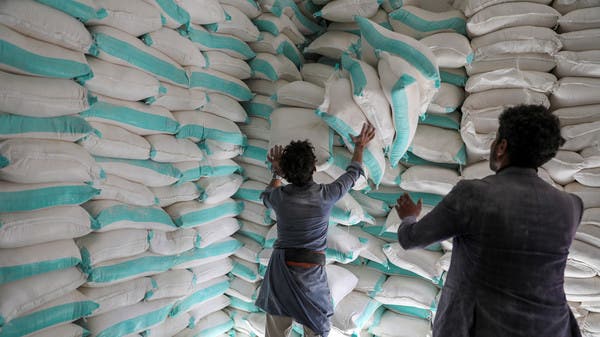 The United Nations said the truce it is sponsored in Yemen represents a vital opportunity for aid agencies to expand their life-saving assistance, but it has been so frustrated by a lack of funding that it has been forced to reduce or close two-thirds of its major programs in the country.

A statement issued by the Office for the Coordination of Humanitarian Affairs in Yemen (OCHA) said the response remains severely underfunded, leaving relief agencies with limited resources at a time when two-thirds of major UN programs in Yemen have had to scale back or close their operations due to lack of funding.

He added that the escalation of conflict last year led to untold suffering and further disruption of public services, pushing humanitarian needs to a higher level.

From the fighting fronts in Marib last year

The collapse of the economy, another product of the seven-year war, has also exacerbated the vulnerabilities of the poorest people, as “19 million people are expected to need food assistance in the second half of 2022,” according to the statement.

An estimated 161,000 people face “the most extreme form of hunger,” a statement said. 2.2 million children suffer from acute malnutrition, including more than half a million children suffering from “critical levels” of malnutrition. He pointed out that limited access to vital services continues to exacerbate the conditions of the most vulnerable groups, including women and children.

“The deepening humanitarian crisis in Yemen is a reality that we must address urgently,” said David Grisley, the humanitarian coordinator for Yemen.

Grisley urged all donors to fully fund the UN appeal and to commit to speedy disbursement of funds.

“For relief agencies to step up their efforts immediately, it depends on adequate funding from donors. Otherwise, the relief operation will collapse despite the positive momentum we are witnessing in Yemen today,” he added.

He considered the truce, which is entering its fifth week, as a “moment of hope for Yemen,” saying it is “a vital opportunity to expand the scope of assistance and reach more people who need it most, including in areas that have been limited access due to armed conflict and insecurity.”

It is noteworthy that donors pledged, at a high-level fund-raising event for Yemen held on March 1, to provide $ 1.3 billion, which constitutes only 30% of the total requirements of the humanitarian response plan for 2022.