The US Embassy in Saudi Arabia congratulates Al Hilal’s victory 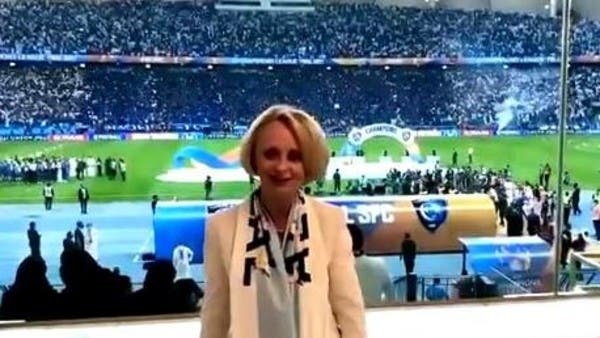 The Chargé d’Affairs of the US Embassy in Saudi Arabia, Martina Strong, congratulated the Al Hilal team for their victory today against the Korean Pohang team in the AFC Champions League 2021.

Al-Hilal club had won the 2021 AFC Champions League with two clean goals at the expense of the South Korean Pohang, in the match that brought the two teams together at King Fahd Stadium in Riyadh, “the pearl of stadiums”.

With this result, Al Hilal continues to lead the Asian continent with 8 titles in its balance, as Al Hilal FC comes at the top of the list of clubs with 8 continental titles, as the leader won 4 titles for the AFC Champions League, which he achieved in the years “1991, 2000, 2019”, and the last is today 2021. , to qualify for the FIFA Club World Cup in Abu Dhabi.

Al Hilal holds the record for participating in the final 8 times, including 4 titles so far.