The US Embassy: The Ukrainian army has begun to use howitzers 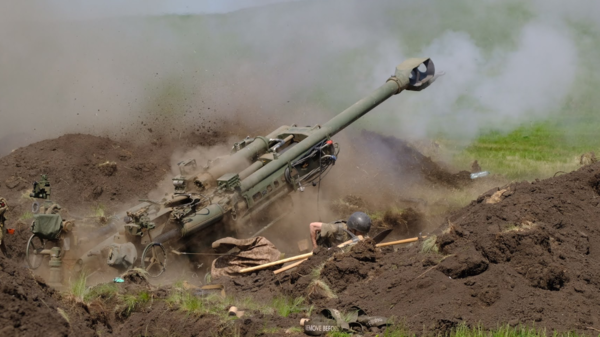 The US embassy in Kyiv announced that the Ukrainian army began using American howitzers.

No other details were immediately mentioned.

Continue to hand over weapons

This comes two days after the Pentagon’s Military Transportation Command confirmed that it will continue to deliver weapons to Ukraine from US stockpiles when available.

And she said in a tweet on her account on Twitter Thursday that she “continues to fulfill priority requests for military assistance to Ukraine,” adding: “We are facilitating arms deliveries to Ukraine by allies and partners.”

roughly equivalent to its defense budget

And the Pentagon spokesman, John Kirby, revealed in a press briefing Monday, that Washington has given Ukraine military aid through presidential decisions, roughly equivalent to its defense budget for the year 2021, stressing that the United States continues to support.

He also added that Washington wants to use the rest of the aid treasury in a smart way that serves what the Ukrainians need in the current battles.

In addition, he expected the aid package approved by Congress to be exhausted by the end of the third week of this month, demanding that the second package requested by the administration be passed quickly.

It is noteworthy that since the launch of the Russian military operation on the territory of Ukraine on February 24, the Western countries have lined up firmly on the side of Kyiv, supporting it with weapons, equipment and humanitarian aid as well in order to confront the Russians.