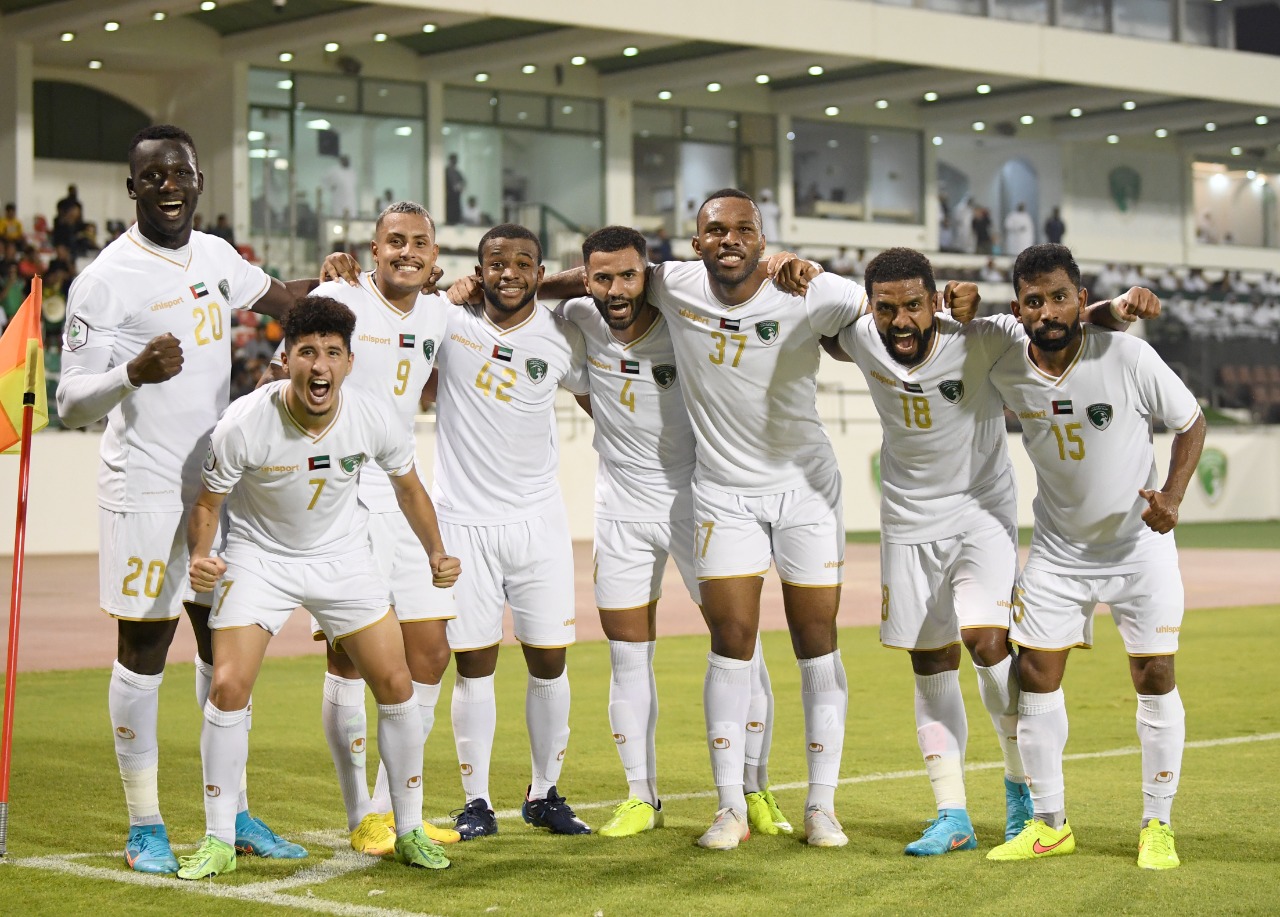 The Emirates team achieved an important victory at the expense of its guest, Hatta, with three goals to nothing in the third round of the First Division League, which was held this evening, Sunday, bringing the “Falcons” balance to seven points in second place, while Al-Jazira Al-Hamra tops the standings with the same number of points and goal difference, and Al-Arabi comes Third.
The goals of the UAE were scored by Gabriel Kenyons 54, Farias Silva 57, Lethiri Silva 67.

Al-Taawoun tied with Al-Dhaid with a goal for the same, where the Bahraini Al-Taawoun goal scored 17, and the Cameroonian Ernst 5, bringing the balance of the two teams to four points each.