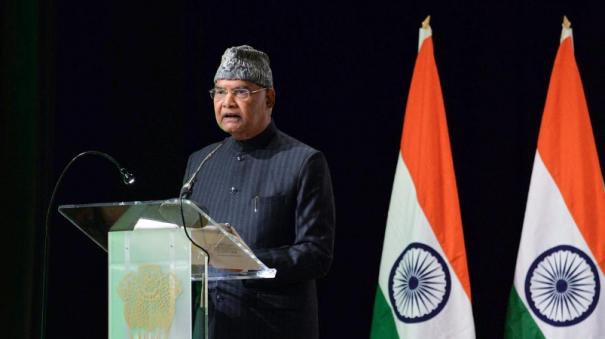 New Delhi: Members of the Legislative Assembly from the Union Territories including Lok Sabha and State Assembly MPs, States, Delhi, Pondicherry and Jammu and Kashmir are participating in the Presidential Election. The votes of MPs and MLAs have separate value.

This is not the first time a presidential election has been held without members of the state legislature. Despite the dissolution of the Gujarat Legislative Assembly in 1974, Bakrudeen Ali Ahmed was elected President of the Republic.

President Ramnath Govind’s term ends on July 24. Before that, a new president must be elected.

Prior to that, the Election Commission was trying to fill the vacancies in the state assembly and state assembly constituencies through by-elections.