The Wanted star Tom died while wife held his hand: ‘The angels are coming for daddy, I said’ 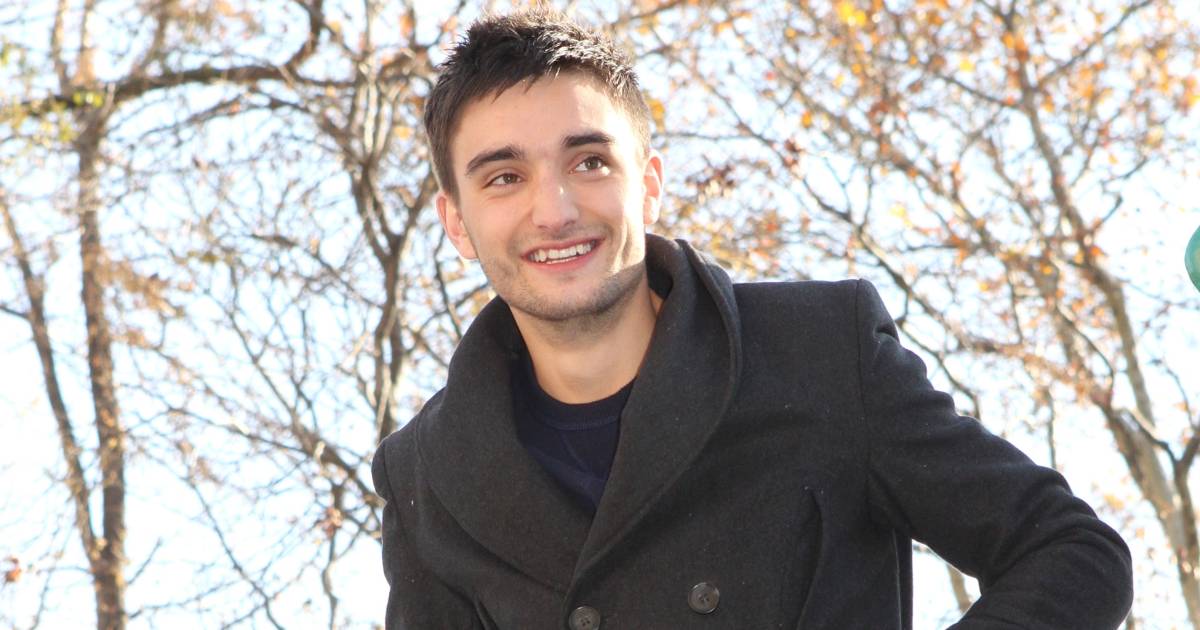 Kelsey, the wife of The Wanted singer Tom Parker, who recently passed away at the age of 33, held his hand as he died. Despite the sadness, it was a beautiful moment, but she could barely bring herself to tell their young children that their daddy was gone. The widow still has support from a ‘sign’ that she received from her great love.

Kelsey tells this today in her first interview since the beloved boy band singer died in March from the effects of a brain tumor.

Tom spent the last week of his life in a London hospice, writes The Sun† On his last night, his wife crawled into bed with him. “Even then it was romantic,” says Kelsey, who lay next to him for two hours. ,,Yes, we were in a hospice, but so was Tom. It never mattered where we were. He was always so romantic, loving and caring, kissing the ground I walked on.”

Tom knew his end was near, but Kelsey could tell he wasn’t giving up. ,,I told him I’d be okay, that the kids are okay. I promised that I would teach them everything he taught me during our relationship. He said he knew we’ll be okay, took off his wedding ring and put it on my finger.” Kelsey still wears it.

About a year and a half after his diagnosis, thirty chemotherapy treatments, thirty radiation treatments and a few weeks in Spain for special treatment, the singer went on tour with his band. After that it went downhill quickly.

,,The real ending happened quite quickly, that was typical of Tom”, Kelsey says. “He was in no pain and we didn’t have to watch him suffer for weeks. It was as if he had decided: I cannot put my loved ones through any more. I’ve done the tour, I’ve done everything I wanted to do.”

When he died I closed his eyes, kissed him and said I loved him

The singer had, among other things, raised money for cancer funds and with his openness created a lot of attention for his disease. ,,As if he thought: now it’s time for me to go. That’s how it felt when it happened. I was with him. It was beautiful until the very last moment. There was only love. There was so much love in that room, and there were just the two of us. (…) When he died, I closed his eyes, gave him a kiss and said I loved him. I said he was my everything.”

Once outside, she sat down on a bench, crying. “I looked up and a feather fell from the sky. Before Tom died, I asked if he would give me signs every day, and he said yes. I immediately knew this was him. I kept that feather.”

Then she had to tell their children Aurelia (2) and Bodhi (1,5). “On the day I went to see Tom at the hospice, I said to Aurelia, ‘I want to make sure Daddy is okay and the angels are coming to get him.’ We’ve been very honest with the kids, because you have to be.”

She could hardly get over that Aurelia’s father was dead. “I couldn’t speak, it was like something was stuck in my throat. I couldn’t say it, but I knew I had to say those words to her, because she had to know.”

Although Tom saw his death coming, the ever-positive singer made no plans for his funeral. It finally took place at the end of April; his bandmates carried his coffin. “He would have loved the funeral. I don’t think he ever realized how many people had taken him into their hearts.

Kelsey is now trying to be positive, as difficult as that may be. “I try to tell myself how lucky I was to find Tom, the love of my life, my soul mate and best friend. What Tom and I had, some people don’t find their whole lives. I continue to watch for his special signs every day, because I know he is with me and watching over all of us.”

Kelsey shared a tribute to her lover on Instagram today:

The Wanted, according to The Guardian one of the most successful boy bands of its generation, having scored several hits since their formation in 2009, including Glad you came† Chasing the sun and Walks like Rihanna† The group took a break in 2014 and reunited last September for a concert Parker hosted at London’s Royal Albert Hall to raise money for various cancer funds.

Before the concert, Parker said: ,,I don’t want to ignore the fact that I have cancer, but I don’t really want to pay attention to it. The more attention you give it, the more it will take over your life, and I don’t want that.”