The war of the East continues.. Russia completes the siege on Severdonetsk and Lyschansk 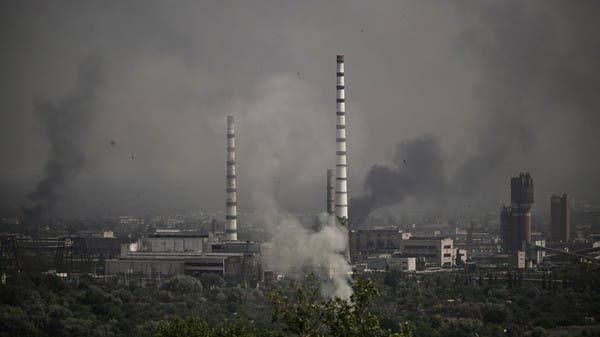 In conjunction with the intensification of battles between Russian and Ukrainian forces in Donbass, eastern Ukraine, on the 120th day of the conflict between the two countries, the Russian forces completed the cordon on Severdonetsk and Lyschansk after taking control of the villages of Belogorvka and Volchyarovka, to cut off the exit of the Ukrainian forces to the city of Seversk.

On Thursday, Al-Arabiya / Al-Hadath sources reported that Russian forces also surrounded enclaves of the Ukrainian army at a power plant around the city of Svetladarskalti in Donetsk, near the border of Lugans.

He also continued that those areas witnessed, since the early morning, intense and reciprocal shelling between the separatist forces on one side and the Ukrainian army on the other, in which artillery and rocket launchers were used on the outskirts of Donetsk amid the overflight of Russian warplanes.

These developments came while the cities of Severodonetsk and Lysechhansk are witnessing the worst battles in a fierce war of attrition that has been going on for days in the Donbass.

Hundreds of civilians are still trapped in the Azot chemical plant in Severodonetsk, where fighting continues between Russian and Ukrainian forces for control of the city that has been devastated by bombing.

Moscow had previously confirmed that it had taken control of the city, and that Kyiv’s forces had become besieged in Severodonetsk, which was the scene of the fiercest battles in recent times, demanding that the fortified fighters in some places surrender or face death.

But the governor of Luhansk yesterday denied these allegations, telling Ukrainian television that the battles are continuing, and that “Russian forces do not have complete control” of the city.

Also in Lysekhansk, pro-Moscow separatists asserted that the Ukrainians are now surrounded and cut off from supplies after seizing a road linking the city with the town of Severus, the TASS news agency reported yesterday.

While Oleksiy Aristovich, adviser to Ukrainian President Volodymyr Zelensky, announced that the fighting continues, and that “it is like two boxers wrestling in the eighteenth round of the match and can barely push things forward,” referring to the balance of power on the fighting fronts, which indicates the presence of attrition battles.

It is noteworthy that Russia, which launched in late March the second phase of its military operation on Ukrainian territory, seeks to control the entire Donbass Basin, after separatists took control of some of its parts in 2014, with the aim of opening a land corridor linking the east to the Crimea, which it annexed to its territory with the same general.