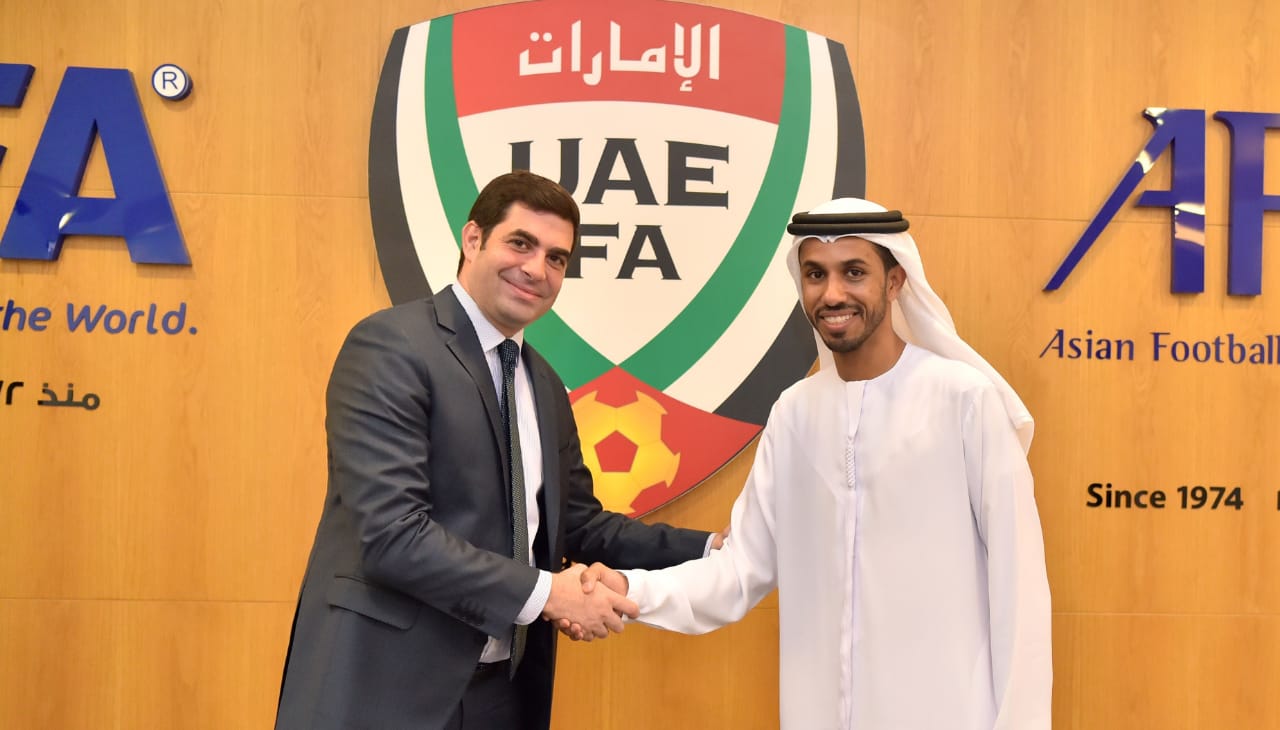 Khalil Al-Salem, Secretary-General of the West Asian Football Federation, and Muhammad Abdullah Hazam Al Dhaheri, Secretary-General of the Emirates Football Association, discussed developments related to all regional, continental and international dates to reach a consensus formula on the date of holding the tenth West Asian Federation Championship for men scheduled under the hospitality of the UAE Federation.

Al-Salem and Al-Dhahiri held a coordination meeting on the 26th of this month, during which all the benefits that were reprogrammed were reviewed in light of the gradual return of football at all levels, after forced stops and postponements imposed by the Corona pandemic. In light of this, the West Asian Federation and the UAE Federation agreed to set a new date for the tournament to be held from March 20 to April 2, 2023, after presenting it to the national federations. Attention was taken when setting the new date for the tournament, many considerations, foremost of which is the commitments and links of the civil federations to the upcoming tournaments.

The new date took into account more engagements for the national teams in the region at the international and continental levels, especially the participation of many of them in the final round of the Asian qualifiers for the 2022 World Cup, whose matches will be held from next September until March 2022, in addition to the supplement that will be held in June 2022, as well as the commitment of a large number of teams in the region to appear in the final round of qualifiers for the AFC Asian Cup – China 2023.

At the same time, the date allows the region’s teams to invest in the 10th West Asian Federation Championship to prepare and prepare in conjunction with the competition at the same time, before participating in the Asian Cup finals. The time period from now until the date of the tournament will also contribute to the completion of administrative and logistical arrangements at the highest level, specifically in relation to its marketing and promotion in a manner equal to its artistic and historical value.