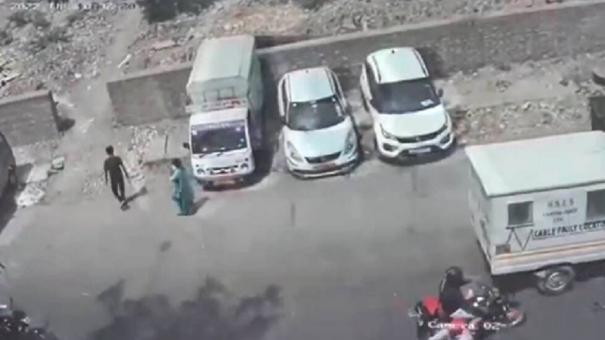 New Delhi: A wife and her accomplice son who killed her husband and dismembered her in a fridge have been arrested.

Aftab, a young woman who lived with Shraddha in the capital Delhi and then cut her body parts into 35 pieces and stored them in the fridge and occasionally threw them to dogs, has come to light. This incident also happened in Delhi.

The killers have been arrested almost six months after the East Delhi police handed over the incident to the CBI. In the Shraddha case, the police conducted an investigation on the complaint filed by the father that his daughter was missing. However, no missing person report was filed in this case. Finding the identity of the murdered person has been a major challenge. The police have described how the clue in the complex case was lost.

Mother and son arrested: Regarding this incident, Delhi Crime Branch Assistant Commissioner Amit Goyal said in a press conference, “This incident took place last June. On June 5, some human body parts were found at the Ramlila Maidan. Then three days later, two legs, two thighs, one elbow and a skull were found. .After this we registered a case.First we started the work to find out who the body belonged to.Only after a long time it was revealed that it was the body of Anjan Das.

Later, in the areas where the body parts were found and its surrounding areas, we conducted door-to-door searches with CCTV camera evidence and approached the culprits. In one particular CCTV footage, a young man and a middle-aged woman were seen walking away with bags in their hands. It looked a little different. Accordingly we started the investigation. Our suspicions were correct. Accordingly, we conducted a house-to-house investigation and arrested Anjan’s wife and son. Various facts were revealed during the investigation conducted with them.

On the night of May 30, mother and son mixed sleeping pills in wine and made Anjan drink it. Then his neck is cut and the body is kept inside the house for a whole day so that all the blood can drain from the body. Then the body was cut into 10 pieces. So far we have received 10 bodies.

Poonam, who was involved in the murder, married Anjan in 2017. Her husband passed away in 2016. Since then he has married Anjan. Anjan is already married to a woman in Bihar and has 8 children. In this case, Anjan has been fighting at home without any income. Enraged by this, Poonam killed her along with her son and hid the body parts in the fridge and later disposed of it,” he said.