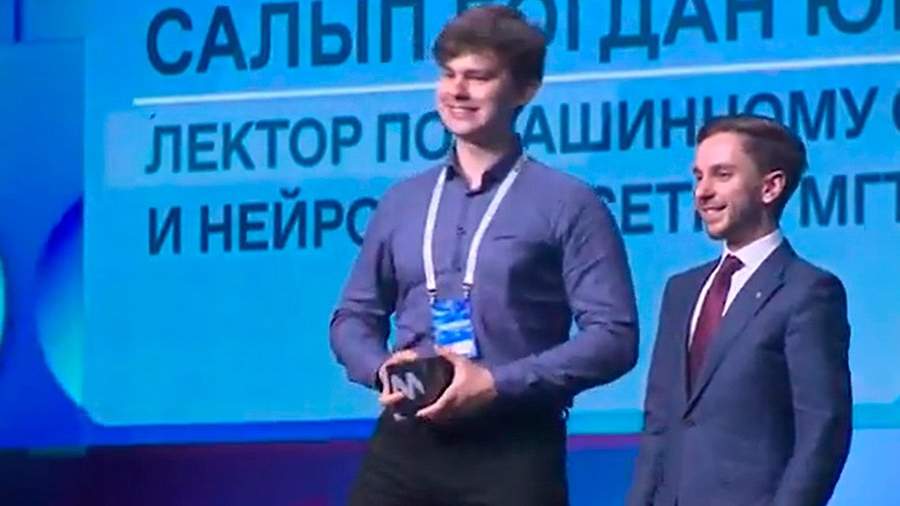 On Thursday, June 2, Moscow hosted the awarding ceremony for the winners of the League of Lecturers competition.

The final was held on June 1, only 100 people out of 5 thousand reached it. Each of them had to read a 20-minute lecture live in front of an audience of one of the capital’s universities. The top 50 were chosen by the audience, both real and those who watched the contest online.

“There are some things that are transmitted only from person to person. Each of you, speaking with your lectures, you not only transfer knowledge, you show a personal example, you are a role model. <...> Here you need not just to convey the amount of knowledge, you need to be able to captivate,” First Deputy Head of the Presidential Administration of Russia Sergey Kiriyenko addressed the participants.

The main award for the winners was the symbol of the lecturer of the Russian society “Knowledge” – a cube of a rare rock, shungite, weighing 2.5 kg. In addition, they are given the opportunity to lecture at the best venues in Russia as part of the Society’s events.

Earlier, from May 17 to May 19, in Moscow, St. Petersburg, Sochi, Moscow region, the federal educational marathon “New Horizons” was held, organized by the Russian society “Knowledge”. It was also available online to all residents of the country. More than 12 thousand young people gathered at five marathon venues, and parallel online broadcasts from studios in different cities gained over 120 million views in three days. Thanks to the speeches of more than 200 outstanding lecturers and mentors, the participants of the marathon were able to delve into the true Russian history in the context of the past and future, to understand the role of Russia in the world and the prospects that open up for Russians in the social sphere, business and entrepreneurship.