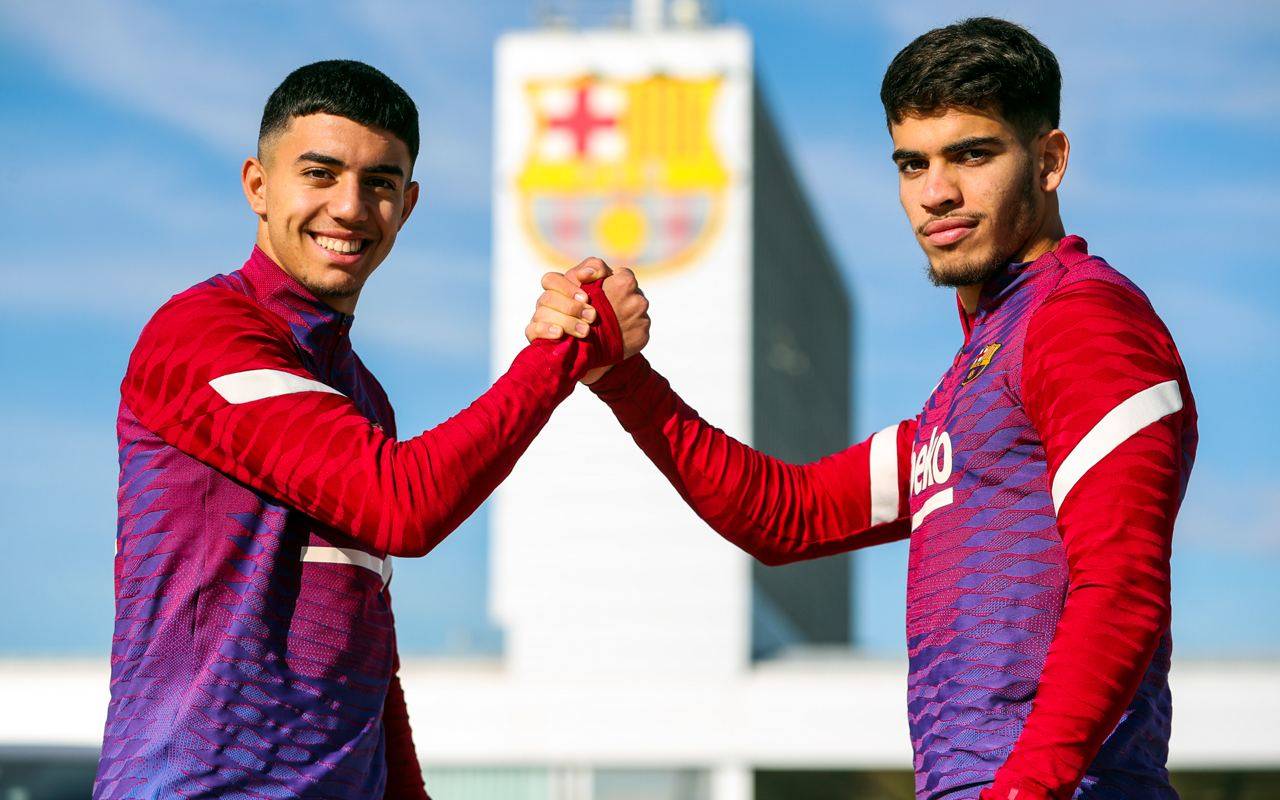 Barcelona club published on its official account on Twitter a picture of the Moroccan players Abdel-Samad El-Zalzouli and Elias Akhomach and commented on it with words from the Moroccan national anthem: “My brothers, come to the top in pursuit. 1-0 in the 14th round of the Spanish League.

It seems that the new Barcelona coach, Xavi Hernandez, trusts both players a lot, as Akhmash (17 years) was a key player in the match, while Zalzouli (19 years) entered his place in the second half.

It is reported that Akhmash and Zalzuli They have not yet decided whether they will represent the Moroccan national team or Spain in the future.

The website of the “Russia Today” channel published a report on both players, and stated that Zalzouli is 19 years old, born and raised in the Moroccan city of Beni Mellal, before he emigrated with his family to Spain, to complete his education and refine his talent there.

He is an international player in the Moroccan national team for under 20 years, and plays in the center of the attack, and he joined Barcelona last August from Hercules of Spain, for two million euros, and signed a contract with the Catalan team that extends for three years, with the option to extend for two additional seasons.

As for Akhmash, he is 17 years old, and plays for FC Barcelona in the under-19 category. Akhmash, who has both Spanish and Moroccan nationalities, is good at playing as a right or left winger and an outspoken striker. He has a distinctive left foot and showed great skills that earned him exceptional fame in Barcelona’s junior teams.