The World Bank cuts its forecast for global economic growth in 2022 to 2.9% 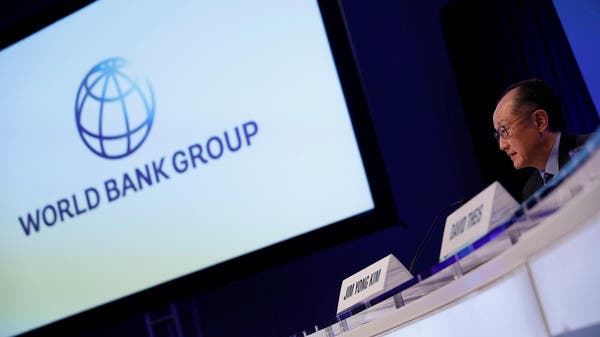 The World Bank lowered its global economic growth forecast for the second time this year, as the Ukraine war, now in its fourth month, exacerbated the slowdown caused by the COVID-19 pandemic.

The bank lowered its growth estimate for 2022 to 2.9%, from its forecast of 3.2%, which it issued in April, as the escalating geopolitical crisis threatens to lead to a “prolonged period of weak growth and high inflation,” the bank said in a report, on Tuesday.

The new forecast is well below the 4.1% estimate, made in January and slower than the 5.7% expansion recorded in 2021.

Growth is now expected to hover around a similar pace between 2023 and 2024, as the Ukraine war disrupts economic activity, investment and trade, denting pent-up demand amid a tightening of fiscal policy.

Governments and central banks around the world have pumped an estimated $25 trillion into financial and monetary support plans to stabilize financial markets and reduce the effects of the Corona Pandemic on their economies.

They have borrowed extensively over the past two years to support their finances and fill financial gaps during a period of historically low interest rates.

However, with inflation rising, central banks are now raising interest rates. Inflation reached 40-year highs in the US and UK. It set a record in the eurozone in April and is rising globally.

Food prices remain close to a record high, driven by the war in Ukraine, while oil prices have risen more than 70 percent since last year, driving up transportation costs.

Russia accounts for about 45% of total EU gas imports and about 10% of total oil exports globally.

Together, Russia and Ukraine account for about a quarter of global wheat exports, about 15% of corn exports and about 75% of sunflower oil exports.

Stagflation occurs when the economy is characterized by stagnant demand, high inflation, slow growth, and high unemployment and prices.

For many countries, a recession will be difficult to avoid. Markets are looking forward, so it is necessary to encourage production and avoid trade restrictions.