The world is getting ready… and Britain: the most important new breed ever 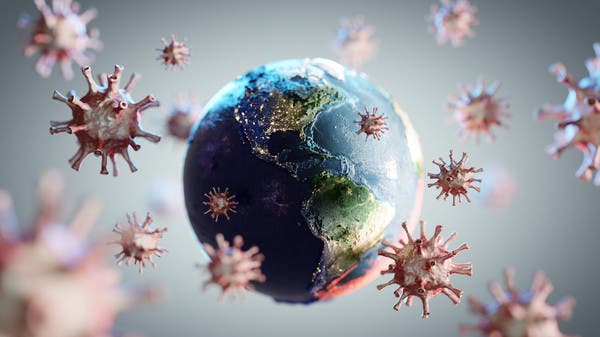 After suspending flights from South Africa, following the emergence of a new mutation of the Corona virus, Britain announced today, Friday, that scientists consider the latest discovered variant of the virus to be the most important mutation ever, alerting the need to know whether it is resistant to vaccines.

And the British Health Security Agency indicated that the mutated strain, which was called B1.1,529, contains a “spike protein”, which forms the spiny protrusions on the surface of the corona, completely different from the protein found in the original virus on which the Covid-19 vaccines were made.

Transport Minister Grant Shapps defended the decision to ban flights from South Africa, Botswana, Zimbabwe, Lesotho and Eswatini, and said the lesson from the COVID-19 pandemic is that early action is key.

He also stated in an interview with the British Sky News network, that the new variable is “the most important mutation that scientists have ever faced in their research so far.”

It is noteworthy that this strain also appeared in Botswana and Hong Kong, but the Health Security Agency said that no cases of this strain had been discovered in Britain.

Global Health: The danger of corona is attacking Europe again

The first injury in Israel

On the other hand, the Israeli Ministry of Health announced today that it had discovered the first case of the mutant in the country for a traveler who had returned from Malawi. And she added in a statement, Friday, that the traveler and two suspected cases were placed in isolation.

She also indicated that the three were vaccinated, but she is currently studying their exact vaccination status.

Israel, which is still suffering from a wave of the spread of the mutated delta, announced late Thursday, the suspension of flights from South Africa and six other countries on the continent.

The world is getting ready

In turn, European countries announced a ban on flights from countries located in southern Africa. Outgoing German Health Minister Jens Spahn announced Friday that his country will ban the majority of flights from South Africa. The minister explained that the decision, which will be implemented from Friday evening, will include South Africa and “most likely its neighboring countries”.

Only German citizens will be allowed to return to the country, with a 14-day quarantine even if they are vaccinated.

The European Commission has also proposed suspending flights from southern Africa to the European Union.

In addition, Italy and Singapore announced the suspension of travel from several African countries.

While both the Netherlands and Belgium prepared to re-impose binding restrictions, to prevent the Pandemic from spreading again.

It is noteworthy that the new mutation was discovered in South Africa, after scientists in the country declared it a cause for concern due to the high number of mutations in it and its rapid spread among young people in Gauteng, the most populous province in South Africa.