The worst participation in the history of the “Gulf” team. The result is a “point”. 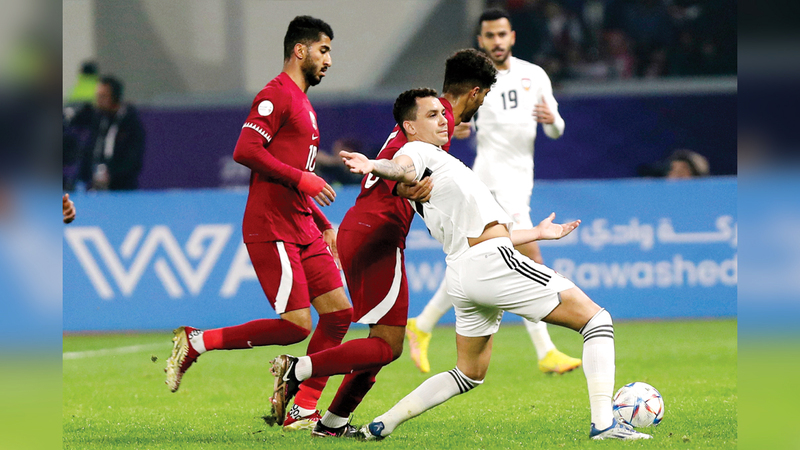 The national football team recorded its worst result in its participation in the “Gulf 25” championship, which is currently being held in the Iraqi city of Basra, after it finished in last place in the second group with one point, after losing to Bahrain 1-2, and from Kuwait with a goal without a response, and a tie with Qatar with a goal for each team.

Al-Abyad had never suffered two losses in the group stage stage except in the fifth edition that took place in Iraq as well, after being defeated in two matches by Saudi Arabia 1-2, and the second by Bahrain 0-3, to finish in sixth place in the tournament that took place at the time according to the league system. from one turn.

The national team did not know the taste of exiting the first round of the Gulf Cup tournaments except in four copies only, during the two tournaments that Iraq hosted in 1979 and 2023.

Al-Abyad left the tournament from the first round in the “Gulf 17” edition in Qatar 2004, with two points from two draws in the group led by Oman with six points, compared to five for runner-up Qatar, and two points for fourth Iraq.

The “Gulf 19” edition in Oman 2009 witnessed Al-Abyad’s exit from the first round when he also finished third in the second group standings, with four points, compared to seven for Saudi Arabia, the “leader”, and five for Qatar, the “runner-up”, while Yemen finished in last place without points. .

In terms of numbers, the national team came out with a poor score from the first round in the Gulf 25, as it was unable during Bahrain’s opening match to create any dangerous chances on the goal, and the percentage of its shots amounted to six attempts, despite its superiority in terms of possession by 52% compared to 48%. For the Bahraini team, which had the advantage in the percentage of shots on goal, and scored two goals.

The Qatar match came to witness the lowest percentage of possession for the national team against its competitors in the Gulf 25, with a rate of 49% compared to 51% for Al-Annabi. The Qatari team also excelled offensively by making 15 attempts on the goal, compared to only seven for our national team, and Al-Annabi also condemned the preference at the level of correct passes, with 359 passes compared to 345. for white.

The first round witnessed the scoring of 30 goals during the 12 matches that took place in the group stage, at a rate of 2.5 goals per match.

The first group excelled by scoring 17 goals, compared to 13 goals for the second group, as the Iraqi team topped the list of the most offensive teams after scoring seven goals.

The UAE, Kuwait and Yemen teams had the lowest scoring percentage, each with only two goals.

The whistle counted six penalties, of which four goals were scored, and the UAE and Yemen teams were lost through Caio and Muhammad Abdullah.

The most famous referees were 31 yellow cards, and one red card, which was obtained by the Kuwaiti national team player, Hamad Al-Qallaf, during the Bahrain match in the last round.

Numbers from the first round

The teams with the most points:

The teams with the least points:

The teams with the fewest yellow cards: