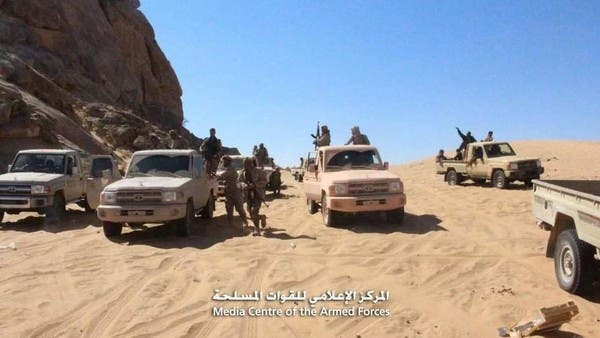 Today, Friday, the Yemeni army said that its forces, backed by the Giants Brigades and the Popular Resistance, had achieved great victories over the Houthis on various battle fronts in the Ma’rib Governorate, with direct support from the coalition’s aviation to support legitimacy.

The media center of the Yemeni armed forces stated that the army and the popular resistance launched a surprise attack on Friday morning, “during which they managed to liberate strategic sites in the northwestern front of Marib,” adding that dozens of Houthis were killed or wounded, while a number of elements were arrested.

The media center confirmed the restoration of control over large areas in several axes south of Marib, “amid the collapse and great human and material losses in the ranks of the Iranian Houthi militia.”

He added that the coalition warplanes launched a series of air raids targeting Houthi fortifications, gatherings and reinforcements in separate locations south of Marib, stressing that they caused “heavy losses in lives and equipment.”

The Coalition to Support Legitimacy in Yemen announced the implementation of 36 targeting operations against militias in Marib during the past 24 hours. He added that the targeting destroyed 22 military vehicles, and casualties of more than 250 personnel.

He pointed out that 12 targeting operations were carried out for the militias in Al-Bayda within 24 hours, explaining that the targeting in Al-Bayda destroyed 7 military vehicles and caused more than 80 casualties.

The coalition had revealed, on Thursday, the targeting that it carried out during the last 24 hours against the Houthis in Marib and Al-Bayda, which resulted in the death of more than 340 Houthis.

The coalition said that in Marib, it carried out 31 targeting operations against the militias during the last 24 hours, which resulted in the destruction of 18 militia military vehicles, and causing human losses of more than 220 Houthi elements.

In Al-Bayda, the coalition announced that it had carried out 22 targeting operations against the militias in the last 24 hours, which led to the destruction of 13 militia military vehicles and the killing of more than 120 members.

Earlier, the Yemeni army spokesman, Abdo Majali, confirmed, on Thursday, that 80% of the total weapons and equipment of the Houthi militia in the Marib governorate had been destroyed with artillery and aviation.