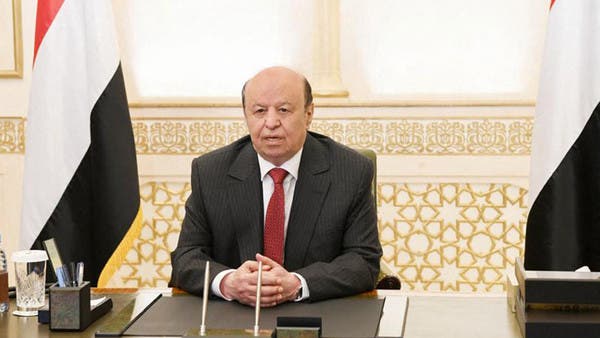 Today, Wednesday, the Yemeni News Agency quoted President Abd Rabbu Mansour Hadi, stressing the consensus between his country and Saudi Arabia regarding the crucial issues in the face of Iranian expansion.

The agency said that Hadi, in a meeting with Saudi Deputy Defense Minister Prince Khalid bin Salman, expressed “the permanent strategic fraternal agreement between Yemen and the Kingdom regarding the crucial issues in the face of Iranian expansion and support for Yemen, its legitimacy, unity, security and stability.”

She added that the Yemeni president also stressed the status of the distinguished relations between the two countries and peoples and the prospects for strengthening and developing them, reiterating his affirmation of the unity of the goal and a common destiny in facing challenges in various situations and circumstances.