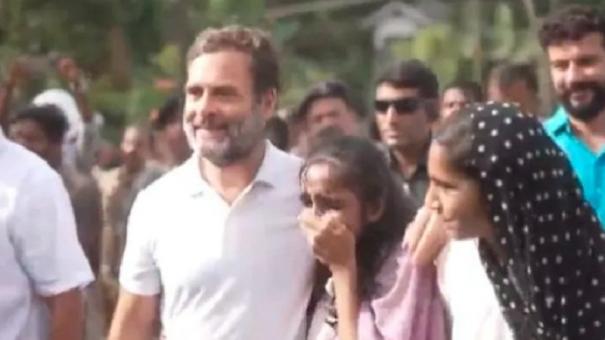 Thiruvananthapuram: Congress MP Rahul Gandhi is undertaking a unity pilgrimage called Bharat Jodo Yatra. His pilgrimage has reached the 19th day. In this case, a video of him comforting an emotional young woman who jumps at him during the pilgrimage is going viral on the internet.

Can walk a thousand miles: When he was on a pilgrimage to Tamil Nadu, some women who were working on the 100-day work program told Rahul Gandhi that they were bringing a Tamil Nadu bride and made him smile in embarrassment. A young woman has made him flexible who is now on a pilgrimage to Kerala. Joining Rahul Gandhi on a walk, he acknowledges it by smiling at Rahul. He allows it to happen. As if the girl was not expecting it at all, the girl sheds tears of joy. Leaps and leaps like a deer. Rahul hugs the girl with love.

Similarly, another baby girl looks at Rahul with wide eyes as he picks her up. Rahul Gandhi shared this photo on his Twitter page One can walk thousands of miles for such a happy moment He posted that.