The youngest technical analyst in Egypt defends Mohamed Salah .. “If we meet Algeria, we will hear 5” (video) 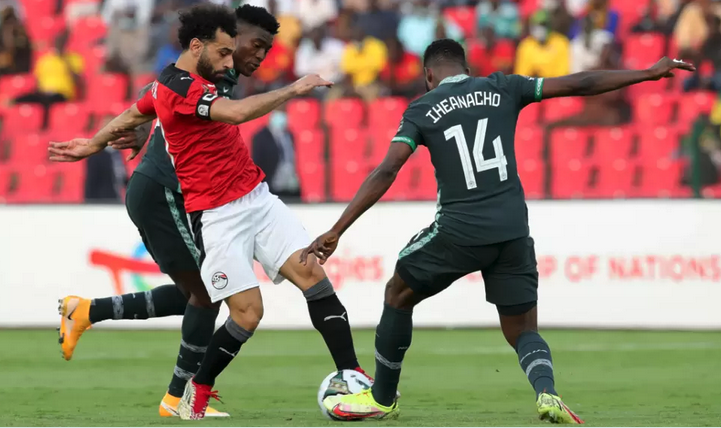 A video spread on social networking sites of an Egyptian child analyzing the performance of the Pharaohs and explaining the reason for the loss from Nigeria at the beginning of the African Championship. He did not play the tournament, and the child attacked the coach of the Pharaohs, the Portuguese Queiroz.

The Egyptian child, who was providing a technical analysis for one of the stations inside an Egyptian café, said: “The loss is logical, there is no spirit in the team, and how does Mohamed Salah play a striker, and the coach takes out Mostafa Mohamed after Zizou is involved, who will play the headers of Mohamed Salah?”

He added: “Mohamed Salah did not touch the ball, due to the lack of a playmaker, and the coach of the Nigeria national team knows this, and it is easy for Nigeria’s task, why did the coach not involve Abdullah Al-Saeed, find chemical between him and Mohamed Salah, and he would help the player, he must be paid in The Guinea match from the beginning to regain part of its level. We are at this level. If we meet a great team like Algeria, Henchel 5, Mahmoud Trezeguet has been absent for 8 months. Why is he playing in the match? Where is Ahmed Refaat, who appeared wonderfully in the Arab Cup and pushed the player Marmoush, there is no Marmoush at all, Marmoush is lost.”

He continued: “I have Mohamed Salah terrifying any defense, the next match against Guinea, the coach must understand the players in the first, if we are looking for the 2006 generation, we must rely on a good playmaker like Abdullah Al-Saeed, how does coach Mustafa Mohamed come out, and leave Marmoush in the presence of Zizou He makes great passes.”

The player’s analysis and his strong attack on the coach met with admiration and applause among all those in the café for the logic of the technical analysis of the match.

Egypt lost its first match against Nigeria at the start of the two teams’ matches in the African Championship, with a goal in return, leaving the Egyptian team at the bottom of the fourth group table, which is led by the Nigerian team, then Sudan and Guinea Bissau, with a point each.